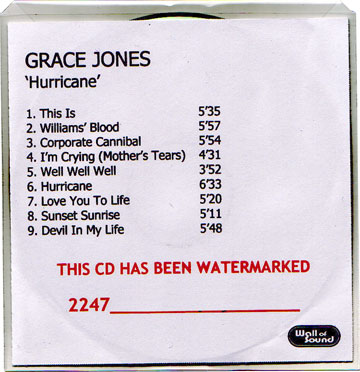 Step One:
Get quite excited when it arrives, forget to listen to it, leave it on your desk for a few days, tem­por­ar­ily lose it during an office movearound involving crates and builders and that sort of thing, miracu­ously redis­cover it about a week later poking out of the Lou Pearlman autobiography.

Step Two:
Listen to it in the back­ground while doing other things, making phonecalls, sticking things on walls, going for cigar­ettes etc. Having listened (not actually listened) to the album once, declare it to be a bit shit without any tunes. Announce that it's alright sonically but not really 'all that'. Start opining that it would have been better if she'd done something like Hercules & Love Affair's 'Blind'. Say that a song like 'Call The Shots' would have been a good idea as well.

Step Three:
Decide, the next day, to listen to the album properly. Realise that while it is not exactly a chart­bound sound it is brilliant.

It really is a golden age for independent music