Hello! In theory you should only be seeing this if you're using a mobile or tablet. How's the site looking? If anything's wonky click here and tell us so we can fix it. Thanks! x
Previous Article 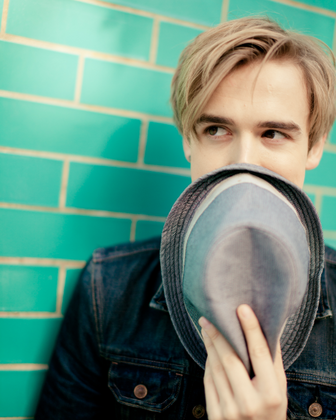 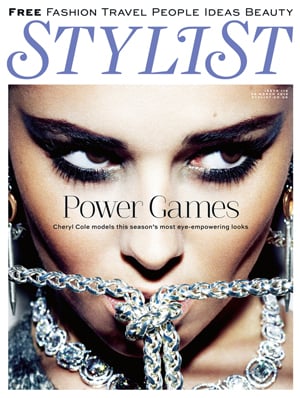 It's winter, it's freezing, and there's a massive economic crisis getting worse by the minute. Thoughts inev­it­ably turn to downbeat, lightly syn­thes­ised works of pop beauty prefer­ably performed by non-ugly popstars, and with that in mind we present 'The Conqueror' by Beatrice Eli.

But who, you might be wondering, is Beatrice Eli?

"Here's the usual press info," Beatrice's publicist tells us in an email. "Combining heart-swelling vocals, offbeat pro­duc­tion and wrenching lyrics about love and loss, 'The Conqueror' may well be one of the most dev­ast­at­ing yet beautiful pop songs you’re likely to hear all year. Although initially growing up on a steady diet of soul and jazz, Beatrice soon got schooled on a wider palette of music by MTV, intro­du­cing her to everyone from The Notorious B.I.G, Janet Jackson and Bjork to Salt N Pepa and Nirvana. 'Since then, I’ve realized I like classical arrange­ments, strong lyrics and hooks. If you have that, you can put an inter­est­ing pro­duc­tion on it and make it fresh, but also timeless.' It is a quirky, unpre­dict­able approach that is encap­su­lated in “The Conqueror”. Even though it swoops and soars, espe­cially in the chorus, its crys­tal­line beauty hides a darker side. Rather than shying away from exploring the grey areas of rela­tion­ships, it’s a crucial part of Beatrice’s gift, and one she wields wantonly. '('The Conqueror') might seem like a tra­di­tional love song, but I wrote it from seeing people – and being in a situation myself – where you find yourself loving the other person’s love more than being in love', she explains. 'It’s like if you manage to conquer his love and own his heart, even though you fail as a couple, at least you’ll be remembered. You’ll always be special for that person'. Beatrice joins the won­der­fully off-kilter lineage of Scandinavian pop queens, stretch­ing from defiant exper­i­ment­al­ists like Fever Ray to critical and chart darlings such as Lykke Li, Oh Land, Robyn and more. Like them she tries not to adapt the music industry's one-dimen­sional view on women. But how would she like to be perceived? 'That’s a hard one', she muses. 'I’d like to be perceived as someone who's real, and pas­sion­ate about what I do. But', she says, laughing, 'I’d want to be the badass daughter of Jackie Brown. I think it’s gonna take me some living exper­i­ence to get to that level of fear­less­ness or badassness, but I’m working on it'.

A chat with Marvin Humes if you please

A Newsdump for 29 November 2011: From Bruno Mars' new song to Lady Gaga's exes getting it wrong