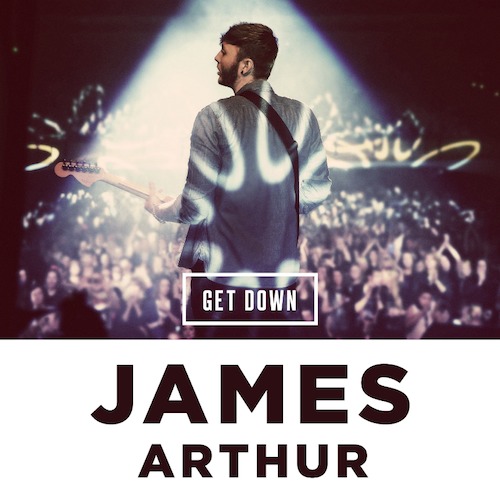 Authentic non-homo­phobic easygoing acoustic troubadour, social media expert and spreader of online #LOVE James Arthur has announced that his next single will be 'Get Down' and by way of con­firm­a­tion he's also released the artwork for it.

It's that picture above, 'FYI'.

While the artwork for his last single featured Arthur on stage  with the focus very much on the cheery minstrel himself, this new one still shows he's a musician (he's holding a guitar), but this time we're reminded how much his fans love and adore him, no matter what.

Bits About Pop: From Miley singing songs in an acoustic setting to someone from the MKS camp telling everybody to stop fretting