There's an Alphabeat gig happening TOMORROW NIGHT at the O2 in London. Like most gigs these days it's not a proper gig at all and has been invented by ITV2 so that they can film it but if you want some tickets send us an email at the usual address and we'll sort you out. There are five pairs for Popjustice readers although they're giving away 50 pairs at the IndigO2 site so take your pick.

This seriously has to be the worst thing we've ever posted on Popjustice.

Perhaps a picture of one member of Alphabeat holding up a sign saying 'SPICED ICED BUN' will make everything better. 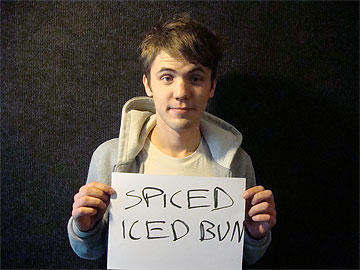 It was worth a try.

Stop everything, there's a major problem with the Saturdays video