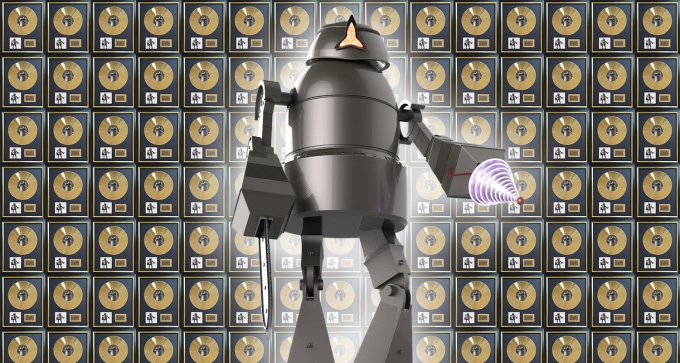 This week a story from last year has bubbled back to the top of the pop agenda — the long and short of it is that Spotify seem to have playl­is­ted dozens of original pieces of music which have been created under various pseud­onyms. Somewhat bizarrely many of these appear to have been created by producers Quiz and Larossi. There's more on it over at Music Business Worldwide.

But let's take this all one step further. Let's say that rather than Quiz and Larossi being com­mis­sioned to make music, we take writers, producers and actual artists out of the equation all together.

Virtual popstars have been toyed with for decades. Gorillaz, The Archies and Hatsune Miku worked; Conor Maynard has enjoyed a lengthy career with nobody sus­pect­ing a thing. For each of these there are dozens of failures, including early-2000s ideas such as solo popstar Kukani, the brainchild of East 17/Pet Shop Boys manager Tom Watkins. Most of the failures hit a wall due to time and expense. But what if you didn't need to involve humans, or concepts like time and money, at all? What if, in 2017's world of AI, infinite pos­sib­il­it­ies and low computing costs, you could create the next big pop smash at the touch of a button? Or without having to even touch a button at all?

What we are about to propose requires a few things to be true: we need AI to have become so powerful that in a matter of seconds robots are able to throw millions of possible solutions at one idea until they get a right answer, we need arti­fi­cially created vocals to be as decent as arti­fi­cially created instru­ments, we need AI to have already had a bash at song­writ­ing, and we need to know what humans enjoy listening to.

Those things are pretty much all in place though, right? Right. Let's go. 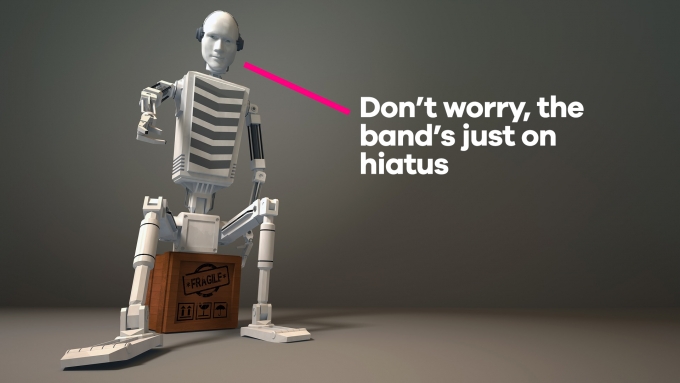 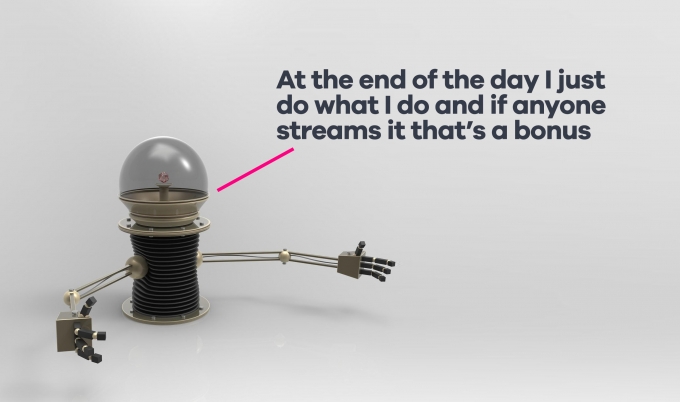 It doesn't stop there. Our four easy steps are followed by the robots once a day. Every day.

By the end of the first month, every single one of the robots' 8,000 songs is worthy of being enjoyed by human beings. They have a 100% hit rate. At this point the robots can up their game: by month two they are releasing 100,000 new songs, each worthy of human attention, onto Spotify. The memory of those original, day one, 100 sig­ni­fic­ant songs is long gone: the robots are now creating songs based on the songs they them­selves have created.

The end of the popstar 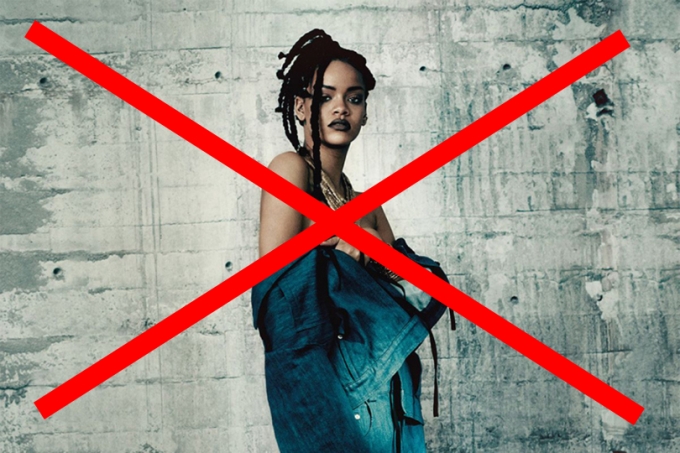 By the start of month two, human beings have totally fallen out of the AI equation. The songs created by robots aren't just passable, they're better than anything the world's greatest song­writers, producers or vocalists could manage. Songs released by humans are lost in the deluge. Genuine actual popstars are beginning to be seen in the way we currently see vinyl: a deluxe minority interest obsessed over by authen­ti­city fet­ish­ists but seen as clunky and overly-com­plic­ated by everyone else. Any popstar who got in before the robots took over will be able to continue touring, but nobody will listen to their music, a bit like U2. New artists don't stand a chance.

Within three months humans listening to Spotify will no longer create playlists to keep track of their favourite songs because the robots have continued to learn: you won't want to listen to an old song any more, because you'll know that the song being released in the next two seconds is better than anything you've ever heard before. In fact, there will be ten songs released in the next two seconds, and they'll all be better than anything you've ever heard. Listening to music ceases to be enjoyable: you know will never hear the best song ever made, because while you think they're listening to it another one that's even better will have appeared on Spotify.

That's your three-month plan. If the robots get started today we could hit our target by October 11. If you're a human popstar with any songs lying around you've got twelve weeks to release them.

UPDATE: Maybe this idea isn't totally ludicrous. Music Business Worldwide are now reporting that Spotify have hired François Pachet, "one of the world’s foremost experts on the applic­a­tion of Artificial Intelligence in the world of popular music". In his previous role at Sony, François' team were respons­ible for the AI 'Beatles' song we linked to above. 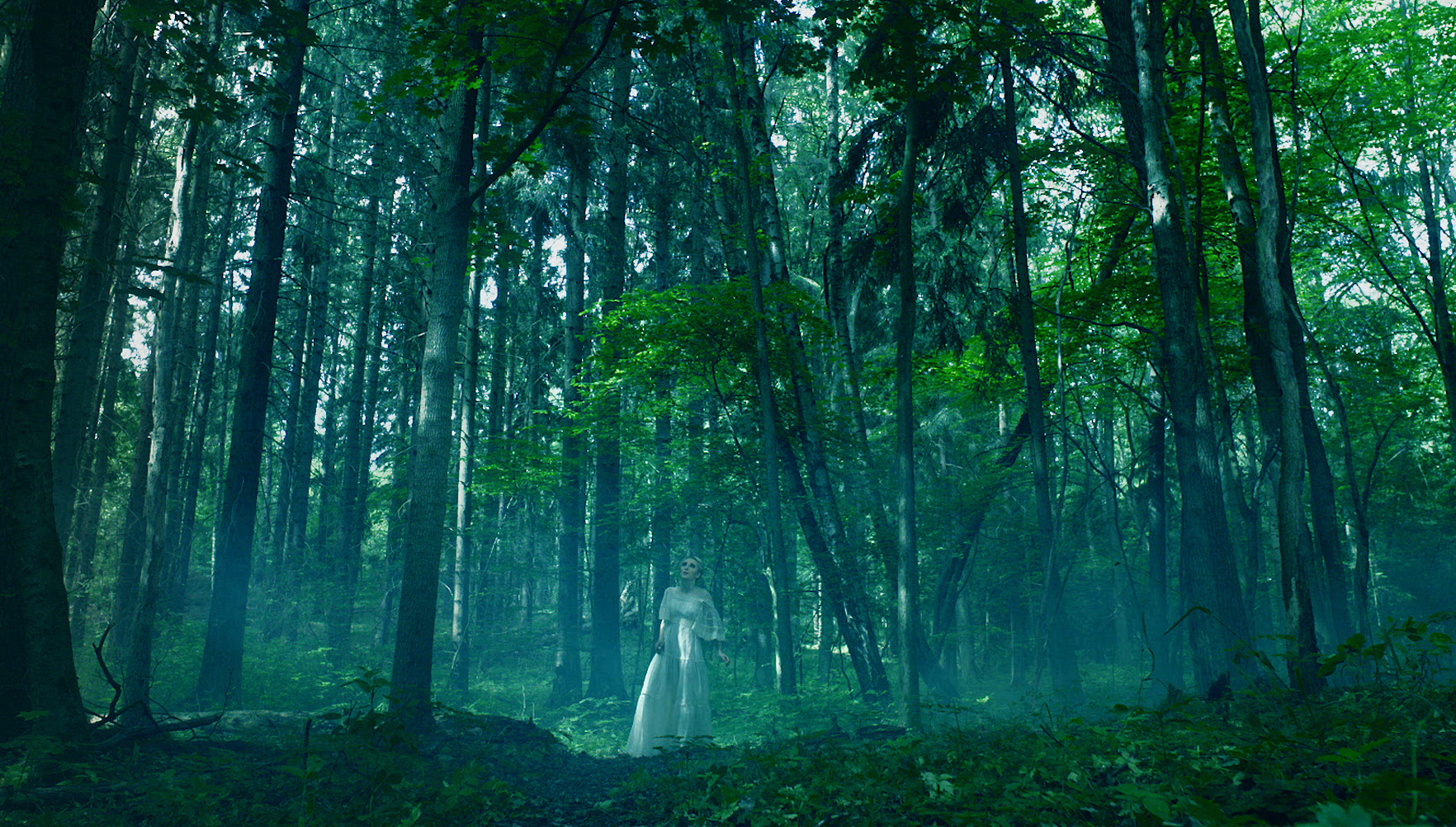