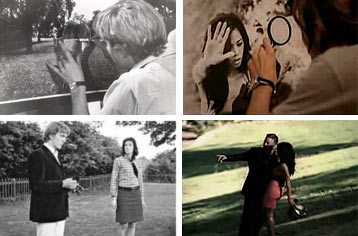 Thank you to Popjustice viewer Joao for pointing out that the new Amerie video is in fact not a million miles away from the EXTREMELY BORING 1960s film 'Blow Up', in that someone is shot in a park and there is a pho­to­grapher involved.

The Amerie video is obviously better than 'Blow Up'. So here's a tip Michelangelo so-called Antonioni: next time you're making a film put some nice dance routines and a bit of R&B in it and you MIGHT get something worth watching.

This is how you do a Christmas single