We know you think we don't under­stand what it is like to be you. But we do under­stand and we want to help. We don't want your life to be hard when it doesn't need to be.

Today we want to talk to you about creative control.

Sometimes people will attempt to piss on your chips. Your label or your man­age­ment or your whoever will say "look do you know what, we appre­ci­ate your input but this just isn't quite right for where you are in your career at the moment, have you thought about doing it like this?".

For example with artwork, they'll show you some ideas you don't really like very much because they are not Your Own Creative Ideas and you'll feel as if you're being forced into being rep­res­en­ted in a way that isn't true to your vision.

Are you any of those artists?

OR ARE YOU SEAN PAUL.

What we would like to do today is talk you through Sean Paul's recent creative work on the packaging for his album, 'Tomahawk Technique'. First off, let's be very sure about whose creative vision we are dis­cuss­ing here. On the sleeve to 'Tomahawk Technique' it is stated, quite clearly:

So now we've estab­lished whose creative mind is behind all this, let's see what he came up with.

Let's begin, of course, with the cover itself. Popstar, please look long and hard at that pho­to­graph. We could have done this with Lady Gaga's 'Born This Way' artwork but the problem there is that it does have some redeeming features, and what we really needed to make our point was album artwork with none.

We needed something rare: a creative work to which the concepts of right and wrong can actually be applied. Sean Paul's 'Tomahawk Technique' has object­ively bad album artwork. We don't need to describe it or talk you through what is wrong with it. We know that you know, and knew in a split second, that it is bad. There is no way anybody could think it was anything other than bad.

Let's move on to the reverse of the CD, because having won the battle with his label about the front cover, pre­sum­ably Sean was happy to meet them half way and let experts take over the design for the rest of the package, right? Well we suppose it makes sense that Sean would want the front and reverse of the CD package to com­ple­ment each other. After all, you can't just have half an artistic vision! The front and pack of a jewel case are like the yin and the yang of music industry graphic design. That's com­pletely understandable.

He'll let the label look after what happens inside though, right? After all he's Sean Paul. He's busy! He's got songs to be making. Just leave the inner design to the pro­fes­sion­als, right? And so it continues. Still, at least with those big blocks of colour he's making the most of the pricier colour printing his label have (in these tight financial times) gen­er­ously splashed out on. One bit of the booklet left — let's not waste it! Let's really change things up! But wait. There is one part of the design left. The part that true fans treasure above all others.

We are of course talking about the little surprise you get when you remove the CD from the jewel case and, under­neath it, is a treat. A photo, a logo, maybe some lyrics. Perhaps even something com­pletely surprising!

Let's see what Sean Paul has 'planted' for his fans. To any popstars still reading this, we know this letter has been longer than most of the 140-character missives you encounter, and we are grateful that you have taken the time to stick with us. We think that if you've got this far it's because you genuinely want our help.

So we will leave you with this advice. Next time you are thinking that you should have your own way, just remember Sean Paul.

But sometimes you will be Sean Paul.

We've made a little cut-out card for you. If you like, you can click the picture and print it out — it should be just the right size to fit in your wallet or purse. 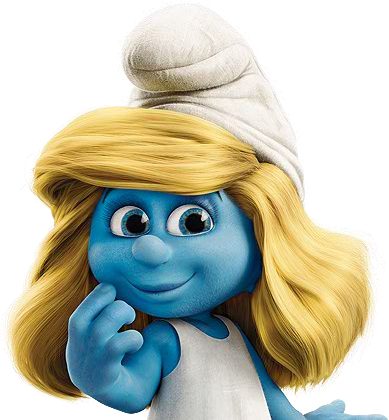 Katy Perry is going to be in The Smurfs 2