July 2014 was a month in which various things happened in ‘the world at large’. But how did these things impact Jake from instru­ment-playing boyband Rixton? Let’s find out shall we.

In July popular beat combo Rixton ‘scored’ a UK Number One with their debut single which was released a couple of months after it came out in the US.

Why did you start it all ‘across the pond’ though?
It was mainly because radio’s a huge thing in America and if you get a big song on the radio over there you can kind of just watch it climb and climb, whereas over here you can release a song a within a week it can be Number One. Over there you need as much time as possible. We wanted to get it all geared up.

How did you celebrate the Number One in the UK?
We were backstage in Liverpool and we just had a few bottles of champagne. But it went terribly wrong because Louis popped the cork too quick before the Number One was announced. So they were like ‘this week’s Number One is…’ and it just went ‘pop’ and we didn’t hear them say it was us. Embarrassing.

Does Louis suffer from that problem a lot?
Oh all the time, yeah. No actually he doesn’t. I think his girl­friend would say something different.

Rob Thomas must have been happy with the sales figures too of course.
Yeah I bet he is. He’s probably really happy about it sitting on his yacht. (Laughs) No we spoke to Rob when the song first came around and he’s very close with Benny [Blanco], our producer, so we just got the okay from him. He’s probably loving life right now.

Also in the month of July, a man who'd dropped his mobile phone into a grain pit at his farm in Oklahoma was reunited with it nine months later. It had turned up in Japan.

Mental! That is crazy. Is that true though?

Yes of course. Have you ever turned up somewhere you shouldn’t have been?
I have actually. We did the Capital Ball and I walked down the wrong corridor and it was Pharrell’s corridor and I was like ‘oh all these people here for us’ and they just said ‘you can’t walk this way’ I ended up getting trapped in the corner.

Madonna, the pop singer, was let off jury duty in July because her fame was too distracting.

When was the last time you were dis­trac­ted by someone more famous than yourself?
Oh we were at a party in America around Scooter {Braun]’s house and it was just us and Tom Hanks, which was strange. We played this murder mystery game and you had to convince people you weren’t the town murderer or whatever, and I just had Tom Hanks all evening con­vin­cing me he wasn’t a murderer. The whole time in my head I’m thinking ‘I reckon it’s him but because it’s Tom Hanks I don’t want to put him on the spot’.

Have you ever been recog­nised in Tesco?
In Tesco? No, but my mum has. Someone went up to my mum and my mum was like ‘oh here we go again’ and they said ‘are you Jake from Rixton’s mum?’. That was in Tesco in Manchester.

How hot do you have your Nando's though?
Hot. I have hot. Sometimes I go for medium, but if I’m feeling adven­tur­ous I just whack it up to hot.

That’s a lot.
That is a lot. I don’t know why I’ve just admitted that.

Also in July, long-forgotten vials of smallpox that had been left in a cardboard box were discovered by a government scientist near Washington DC.

What’s the worst thing you’ve ever found in a box?
(Laughs) Oh my God, I don’t know! Actually at my friend’s old place he caught a mouse in a box and I didn’t know and when I went to move the box there was just this mouse at the bottom. Still alive. I’d just come round and I was in the kitchen and thought I’d look in the box and there it was, trying to jump out.

Do you want to hear a dis­gust­ing story about a rat?
Yes.

A friend of Popjustice had a rat in their kitchen and so the man came round and put that sticky stuff down, but basically the rat got stuck on it and they tried to sort of yank the rat off it and two of its legs came off! Then they let it free!
There is a rat roaming London right now with two legs! Just on its two back legs, wandering around. That’s mental.

The body of a great white shark washed up on an Australian beach in July, having apparently choked on a sea lion.

When was the last time you got something stuck in your throat?
Hey cheeky! Erm, it’s always popcorn. You know when you go to the cinema and there’s a tiny bit that gets lodged at the back of your throat and you’re not exactly choking but it feels like you are.

An inventor in Vermont started selling a machine that prints selfies on toast in July. A slice of toast with your face on costs £44!

If you could have a selfie printed on anything, what would it be?
Someone else’s face. My face on their face.

Whose face would you like to be on?
I’d like to print myself on Bradley Cooper. He’s too good looking, tone it down a bit mate.

And your face would make that happen.
Oh what are you trying to say? Yeah just whack my face on his face.

Like Busted, do you believe that in the year 3000 the world will be living underwater?
They’re McBusted now aren’t they? Wow. But no. That would be cool to think about but I won’t be here. Also we’d all just drown though and we couldn’t live under­wa­ter so I don’t know what they’re on about.

If Rixton could form a super­group with another… Hang on, are you a boyband?
More of a band, but yeah.

So if you were to form a super­group with another boyband, who would you choose?
I don’t know. Probably like One Republic or Maroon 5.

In soccer news, Germany defeated Brazil 7 points to 1 to go through to the final of the World Cup.

Have you ever under­per­formed on a big stage before?
(Cheeky laugh) All the time. Sometimes you get so hyped up for a show and then you kind of just over-think everything you’re doing and then you walk off stage thinking ‘if I hadn’t have thought about all that I could have done it so much better’. I think that’s just natural.

A Florida court awarded $23.6 billion in damages against R.J. Reynolds Tobacco Company in a case of a longtime smoker who died in 1996.

Have you ever ‘vaped’?
I’ve tried it. There’s an advert for it that got banned because it was really sexy. It was on TV and it was just like ‘you want to suck it’ and then everyone was just going ‘what is going on?’ And then it turns out it’s a vapour­iser advert. It would make me buy one. My friends do it, but I’ve never really gone for it. Just stop smoking.

Finally in July, a fire broke out on Eastbourne Pier, destroying the arcade. Sad news.

But have you ever managed to get a cuddly toy out of those machines with the claw thing?
I have, yeah. In Florida actually and I may as well have just brought a teddy because I spent so much money trying to get it. I had no one to give it to either. It’s a bit of a fix I think. The claw isn’t strong enough.

Thank you Jake from Rixton for that fas­cin­at­ing insight into your thoughts on the month of July 2014. We hope you had a sat­is­fact­ory year and wish you all the very best for 2015. 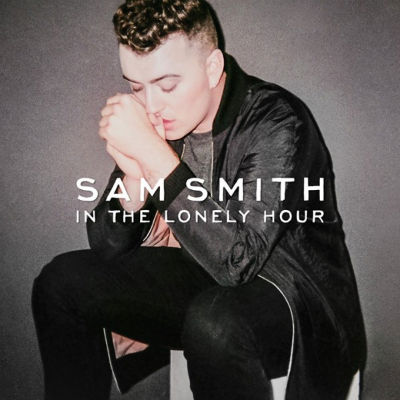 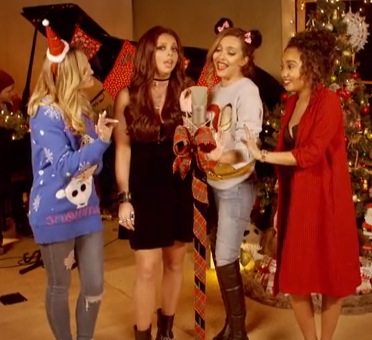