September 2012 was a month in which various things happened in ‘the world at large’. But how did these things impact Aluna ‘George’ Francis? Let’s ask her.

In September, a priest banned yoga from a church hall as it wasn't compatible with the Catholic faith.

Can you do the downward dog?
My mum is a yoga teacher and she has tried to make me do downward dog but I'm convinced my limbs are too long and not in pro­por­tion to each other. So when I tried to do downward dog I nearly fell over on my face.

Is your wingspan longer than your height?
Yeah, I've had comments on YouTube about "those long arse arms". I've also had it pointed out that one of my arms bends the wrong way. Someone sent a screen­shot of me in the 'Just A Touch' video with my arm bending back like a chicken wing.

President Barack Obama released details of one of his favourite recipes for home-brewed honey ale.

Just a big glass of rum?
A short rum on ice and it has to be at least twenty-one years old.

Blimey. This time next year you'll have loads of it. You'll be bathing in it or something.
(Laughs uneasily) Yeah…

Do you think people need to do away with outmoded notions of what makes a man in 2012?
(Laughs) The thing is "butch" is now something that isn't really for straight guys.

Do you think a man buying another man a coffee means they're not "butch"?
No. It just means you've got more money that day.

And that you can hold two hot drinks at the same time.
A man buying another man a coffee is also a status thing.

Like a power struggle?
Yeah, girls do that all the time, like, "oh no, I'll buy these". Like that guy who bought loads of champagne the other night to show off. It was in the Metro. He spent £121,000 on champagne.

Maybe it was Tom Odell?
(Brief but pointed silence) Ohhhh, you said it…

It was announced that searching for the actress Emma Watson is quite dangerous as a lot of sites use her name to trick people into downloading malicious software.

When was the last time you had a virus?
I think I had the Norovirus.

Blimey.
I think I had a weird com­bin­a­tion of symptoms. This was last week. It was really short-lived so no one really believed it was real.

Were you bed-ridden?
No, bedroom-ridden.

Are you sure it wasn't just a nasty cough?
Only if a cough makes you follow through.

Scientists have discovered a new species of monkey in the Democratic Republic of Congo. It is recognisable because of its bright blue bottom.

What are your defining features?
Does it have to be an actual physical feature?

What other features define you?
My extremely piercing loud laugh.

The emoticon turned 30 in September! :/

What's your favourite emoticon?
The one that looks confused.

A deal was signed in September to use whisky leftovers to fuel cars.

How else can we help heal our wounded planet, do you think?
I think if everyone spent two minutes a day with part of their body pressed against the ground in love — it could be a cheek or just a hand — then it would feel much more loved. It just needs to be a cumu­lat­ive effect of the love passed to actual earth. It can be grass or some kind of mud-ori­ent­ated thing. Not concrete. That won't work.

You can now watch live bullfighting on TV in Spain, after the Prime Minister overturned a six-year ban.

Which sports would you like to see banned from UK TV?
I'm going to go for darts.

It's not really a sport is it.
I don't know what it's about, but there's a long period of time where you're looking at a guy looking at something we can't see. Then the camera can't watch the actual thing move, so it just has to cut to the board. Someone could just walk up to the board and just press it in and I wouldn't know.

Brazil's mascot for the Fifa 2014 World Cup is an armadillo, it emerged in September. This is because it rolls up to look like a ball.

If pop could have a mascot, what would it be?
You know those toys you have on your desk that dance to any sound you make? Remember those?

Yes.
Dancing flower­pots or something.

But what would represent pop? Not a flower.
I'm thinking of a lollipop but that's a bit crap. A dancing jelly baby?

Orb-weaver spiders apparently attract insects to their webs using ultraviolet decorations, it was revealed in September.

How did you decorate your living room for Christmas?
I got an old dead tree that I killed in the summer and pulled it upstairs in its pot and painted it white and put on some £1 lights and a piece of tinsel.

You painted the tree?
Each and every branch.

You do know you can get Christmas trees that look white?
But I felt so guilty for killing the tree because I stole it from the street because someone left it out. So I took it to give it a new home.

Was it a Christmas tree?
No, it's a fig tree. I'm going to keep it and grow jasmine over it so it has a purpose.

Well thanks Aluna for that fas­cin­at­ing insight into your thoughts on the month of September 2012. We hope you had a sat­is­fact­ory year and wish you all the very best for 2013. 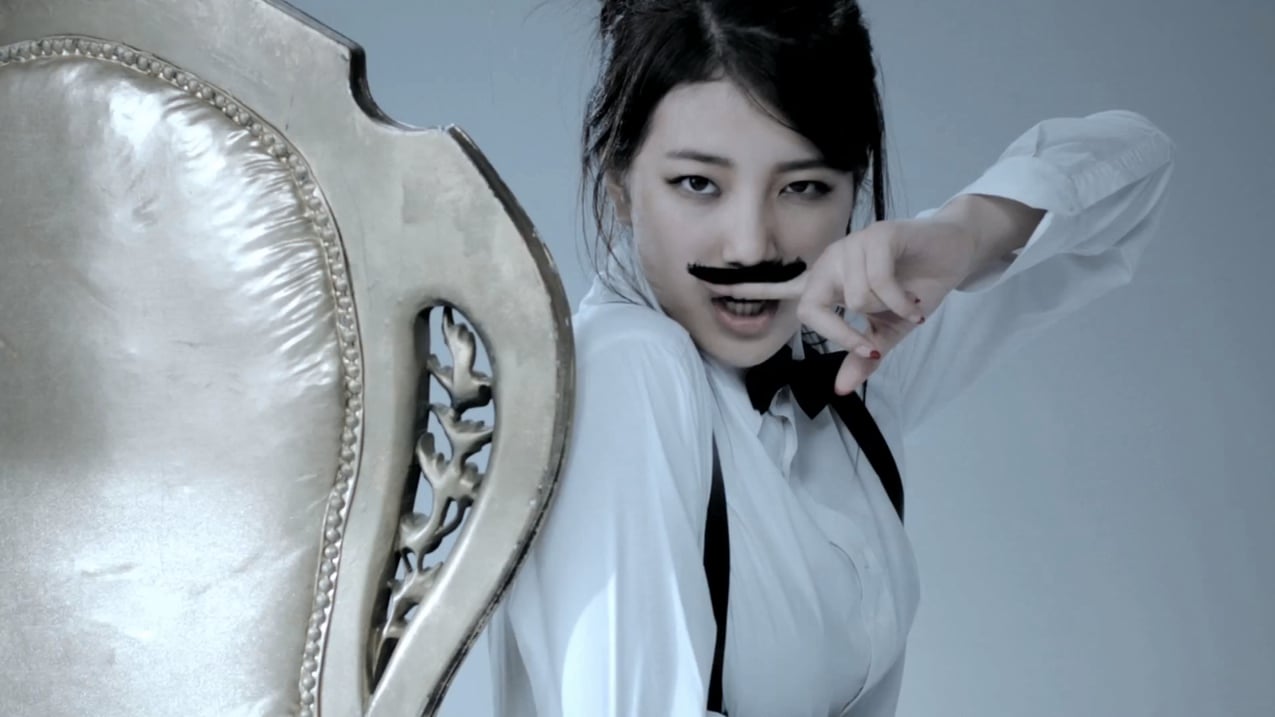 The month of October 2012, with Olly Murs