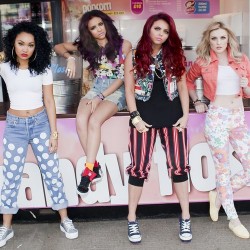 Little Mix have reached Number One in the UK Singles Chart this week 'shifting' 107,000 copies of their second single, 'Wings'.

Meanwhile, Sam And The Womp's 'Bom Bom' has been down­graded to second place, with Rita Ora's 'How We Do (Party)' at Number 3, Public Enemy's Paralympic ad campaign anthem 'Harder Than You Think' rising 7 places to Number 4 to give them their biggest ever UK hit and Owl City and Carly Rae Jepsen 'leapfrog­ging' to Number 5 with 'Good Time'.

New entries-wise, X Factor con­test­ant Lucy Spraggan's 'Last Night' enters 11 despite digital sales being pulled early in the week and 'friend of Tulisa' Fazer is at 17 with 'Killer'.

Over on the 'per­petu­ally lacklustre' album charts, Rita Ora is at Number One with debut album 'ORA'. She is followed by Emeli Sandé, who now offi­cially has the highest selling album of 2012 ahead of Adele.

Other 'points of note' include late 90s Smash Hits hate target Alanis Morissette at Number 12 with new LP 'Havoc And Bright Lights' and Noisettes at numero 30 with their new col­lec­tion of songs, 'Contact'. 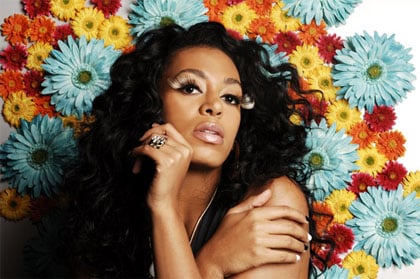