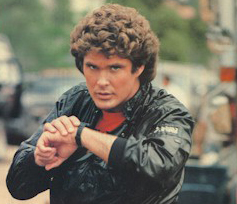 Tulisa's 'The Female Boss' tattoo, displayed by the singer at the beginning of each X Factor show, is being invest­ig­ated by Ofcom.

Last month, Tulisa launched a perfume which bears the same name of her tattoo.

The Guardian reports that the media received com­plaints that the tattoo breaks rules on "the promotion and reference of com­mer­cial products by talent''.

This isn't the first time The X Factor has got in trouble with Ofcom. Last year, the show received thousands of com­plaints following per­form­ances by Christina Aguilera and Rihanna.

Rihanna's per­form­ance of 'We Found Love' on last night's show also brought a few com­plaints, due to the words 'Fuck Off' being written on her shoes, although there is no news yet on whether she plans to release a perfume of the same name.