The Hollywood Reporter claims Joe, Kevin and Nick have also bought back all rights to their back catalogue, pub­lish­ing, mer­chand­ise, replica purity rings — the lot — for an undis­closed shitload of cash.

Speaking in their typically candid, media untrained way about their "next chapter", Nick said: "In these past three years, my brothers and I have not released a record, but we've really come into our own as men. And we've also lived life, which is an important part to making a record."

The brothers Jonas are currently taking their sweet time recording at Nick's New York apartment studio. "It's a really lib­er­at­ing feeling to just be able to create and write whatever is on our hearts," he commented to anyone who was still listening. 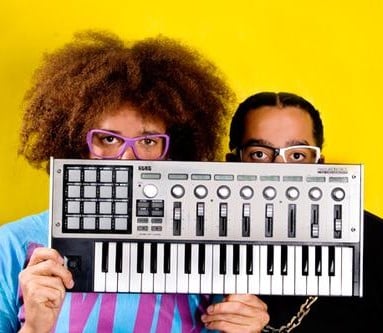 LMFAO have been nominated for an MTV Movie Award

Tony Blackburn thinks Rihanna is better than The Beatles