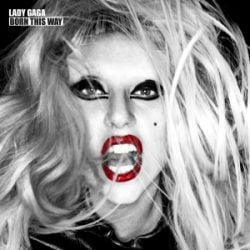 Sky 1 (and Sky HD for those of you with a fancy TV) will air HBO's (deep breath) 'Lady Gaga Presents The Monster Ball Tour At Madison Square Garden' in May.

Filmed over two nights in February, the show was directed by Lauriann Gibson (who cho­reo­graphed most of Gaga's videos and is co-director of the forth­com­ing 'Judas' cklip) and will feature two new songs from 'Born This Way'.

Gaga was, as ever, under­stated when talking about the show, describ­ing it as “the first-ever ‘pop electro opera’”.

You can see some nice pictures from the shows over at the Sky website.

Frankmusik production, Keane sample, chorus with oh-oh-oh in it: Colette Carr's onto a winner