Following some prompts from Richard X, 'Tasty Tunes' chanteuse Rachel Stevens may* be about to record a follow-up to 2005's classic-of-the-modern-pop-era 'Come And Get It'.

After a prod from music manager David Russell (@17days), Mr X — who was respons­ible for working on 'Some Girls' and 'Crazy Boys' from the afore­men­tioned epoch-definer — tweeted the former S Club front­wo­man last night, saying: "hey there, hope you’re well, come and see my new drum machine col­lec­tion sometime @17days wants us to make a CAGI sequel x"

After fans started going mental Pon De Twitter, X later followed this with: "You're possibly asleep, but looks like we're making a new record. I'll be round at 7 in the morn. Thinking pretty HI-NRG?"

Richard X then quite rightly insisted to Popjustice that 'Some Girls' co-writer Hannah Robinson would also need to be in on The Greatest Reunion Album Of All Time, adding: "I've cancelled [her] Thomas Cook break on her behalf and we will get to work. Shouldn't take too long."

Stevens was somewhat non-committal, but did agree to meet up with him for "coffee".

*
* Look everyone we know Richard and Rachel and Hannah might not be taking this very seriously but if we all treat it as news it starts to magically become news, and then they can't stop it, and then the next thing you know there's an album, so if we could all agree to treat this as Proper News that would be great, thanks. 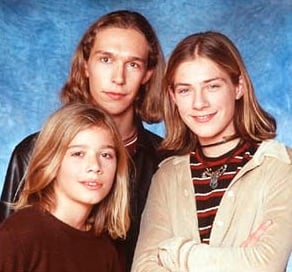 Hanson have agreed to pay for a fan's honeymoon