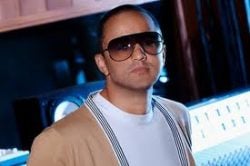 The first fruits of their labour, the frankly bonkers 'Starships', emerged yesterday and is already in the US iTunes Top 10.

"The tracks that I've worked with on Nicki Minaj are amazing, incred­ible," he said. "To be honest, I am so happy and excited for what people are going to think."

It's not just the songs he's a fan of either. "She's an incred­ible artist, very inspiring. A character, a beautiful person, it's all in one," he gushed.

David Guetta has released a new 'Wild Ones' remix