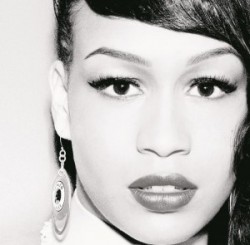 Rebecca Ferguson has cemented her 'authentic chanteuse' status after landing a worldwide pub­lish­ing deal with EMI, reportedly worth £500,000.

The 2010 X Factor runner-up co-wrote all of the tracks on her platinum-selling debut album, 'Heaven', which has out­per­formed series winner Matt Cardle's album 'Letters' since its release last December.

Speaking to Music Week, Ferguson said: “I’m so excited to be working with EMI Music Publishing. They have such a great history and so many fantastic song­writers have signed with them. I’m looking forward to a suc­cess­ful and creative relationship.”

EMI also released a statement, claiming they are "looking forward to creating oppor­tun­it­ies for her music to be heard on a worldwide stage".

'Heaven' is scheduled for released in the US on May 29.

Katy Perry's 3D film will be out this summer

Stooshe might release two versions of their debut album