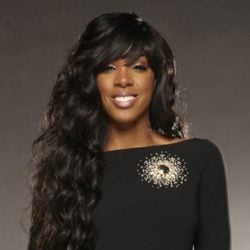 In news that isn't really news news, Olly Murs has confirmed that Tulisa, Gary and Girls Aloud mas­ter­mind Louis Walsh are all returning to The X Factor.

"It’s just the fourth person," he told MTV, sug­gest­ing that the fate of Sexy Abs DVD star Kelly Rowland was uncertain at this late stage.

"I don’t think it will be Simon," he noted on rumours of Cowell's return.

Olly suggested that Kelly should be given another shot, saying: "I think all the judges, well the three new ones, deserve an extra year."

Really grasping the concept of replacing vacant seats, he remarked: "If Kelly doesn’t do it then it would be great to get someone."

Meanwhile, if your dream is to be the next Sophie Habibis or Jonjo Kerr but don't fancy queuing like a commoner, you can now audition via The X Factor's Facebook page for the first time. That goes on until May 8.

Nicki Minaj will be releasing her own perfume later this year