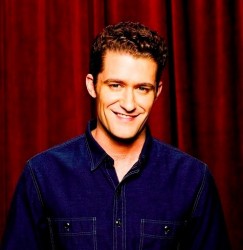 'Summer Rain' hitmaker and Glee star Matthew Morrison has said he thinks Adele would be quite good on Glee as long as she doesn't sing.

According to Contactmusic at the premiere of  What To Expect When You’re Expecting last night — and what a night out that must have been — he said: "I'd love to see Adele. I don’t think she should sing on the show."

After this bombshell Morrison remarked: "I don’t know what she would do but it would be fun to have her on the show."

He also mentioned Cheryl Cole saying that he "will lobby for people that I really want on the show but I haven’t done that for her".

will.i.am and David Guetta will be DJing together in a big room next month