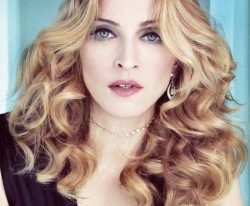 After roughly one third of all the internet got upset about the fact that there are some sim­il­ar­it­ies between 'Born This Way' and 'Express Yourself' (the other two thirds were either denying it or not caring either way) Gaga went on record, not exactly denying the com­par­is­ons and pro­claim­ing that — either way — she had the support of Madonna over the release.

"There is really no one that is a more adoring and loving Madonna fan than me," she told Jay Leno earlier this week. "I am the hugest fan, per­son­ally and pro­fes­sion­ally. And… Well, the good news is, I got an email from her people and her sending me their love and complete support on behalf of the single. And if the queen says it shall be, then it shall be."

But now Madonna's rep­res­ent­at­ive has denied Gaga's claims, saying: "As far as I am aware, no such email has been sent." And Madonna isn't exactly the type to stay quiet about her char­it­able deeds.

Britney Spears — Hold It Against Me

One Direction, and the harsh realities of a Twitter follower count