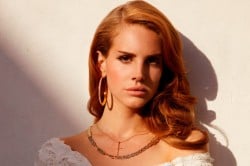 H&M have confirmed that Authentic Chanteuse Lana Del Rey will be the face (and body) of their 'fall' campaign.

According to Women's Wear Daily, Rayo has recorded a cover of 'Blue Velvet' for a 'minifilm' that will be released on HM.com on September 19, with edited versions of the film being used for TV commercials.

As for the general 'vibe' of the campaign Donald Schneider, H&M's creative director, said: "The mood is very LA noir."

So that's a pretty big leap — hopefully Lana can pull it off.

Sky Ferreira's releasing another EP next, not an album