More details have emerged regarding Lady Gaga's 'Hair', the latest song-that's‑not-a-single-but-might-be from her forth­com­ing 'Born This Way' album, due for release today at 9pm UK time.

In an interview with MTV, producer Fernando Garibay said that 'Hair', like 'Edge Of Glory', will feature a lot of saxophone as played by E Street Band member, Clarence Clemons.

Garibay explains, "she grew up listening to Bruce Springsteen and the E Street Band, and she goes, 'Can we get Clarence?' And I go, 'Of course we can get Clarence. You're Lady Gaga!'"

The track was produced by RedOne and for this reason Garibay's a little cagey about saying too much about it. "'Hair' is a RedOne record and a Lady Gaga record, so they have a great chemistry and I try not to get in the way of that. And I would love it if they would express what the song is about and what it represents." 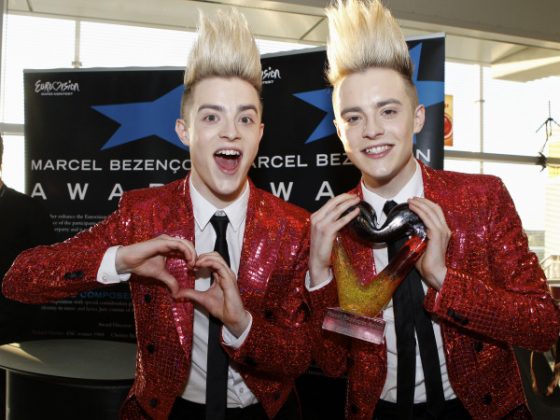 Jedward have been given a prestigious award