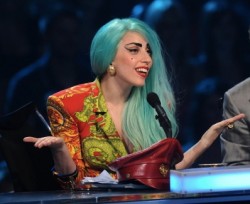 Lady Gaga appeared as a guest judge on 'So You Think You Can Dance' last night. She dominated the pro­ceed­ings, breaking down in tears at Marko Germar’s routine and claiming that she "felt every moment", etc.

She saved her big guns for Sasha and Mel's punk ballet per­form­ance, though. When the cameras panned to Gaga on the judging panel, she exclaimed, “in the dance community, when you do a really good job, you throw your shoe at the stage". She then pulled off one of her Noritaka Tatehana fuchsia platforms and threw it on the stage. The show's host Cat Deeley let out a stupid yelp and jumped out of the way.

Lady Gaga will perform an uncon­firmed song from 'Born This Way' on tonight's show. 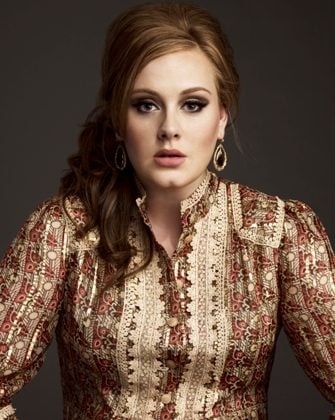 Adele will perform at the VMAs