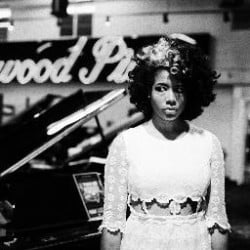 Kelis has finished her new album.

"I'm really excited, my album is done," the '22nd Century' hitmaker announced on Twitter. "It sounds like love and summer balled up into one!"

Aware of the fact it's been three years since her last opus, she added: "You asked when new stuff was coming, I pro­cras­tin­ated :) but no more."

The first new music to appear is 'Jerk Ribs', which you can listen to here if you missed it earlier this week.