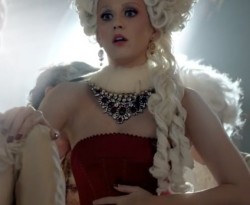 The 'My Own Monster' chanteuse will be joined by Tinie Tempah, Disclosure, Ellie Goulding, Rizzle Kicks, Olly Murs, Union J, James Arthur and Naughty Boy on Saturday December 7 at the 02 in London.

But what does Ashley Tabor, Global’s founder and executive president, have to say about it all?

"We have another incred­ible line-up for Capital’s Jingle Bell Ball this Christmas, with some of the best talent in the world. We’re incred­ibly excited for what will be a great weekend, and very proud that Coca-Cola [CLANG] are our incred­ible partner this year for the UK’s biggest Christmas party."

The lineup for the Sunday will be announced tomorrow morning, but we imagine The Wanted and Lawson will feature somewhere.