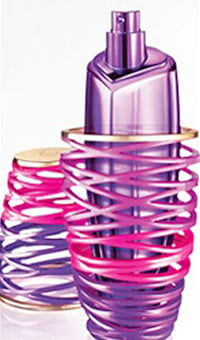 That fairly hideous looking thing to your right is the bottle it comes in.

The 'scent' will be released on June 18, the day after his new album 'Believe' is 'unleashed' in America. From the sounds of it the intox­ic­at­ing aroma is only available in the US for the time being and will be sold exclus­ively through Macy's, reports Billboard.

This being a Bieber product outside of his normal singing pop songs remit, there is of course some online 'content' to mobilise his fan base, with fans being encour­aged to record a cover of 'Boyfriend' but sub­sti­tut­ing the title with the word "girl­friend".

Some of the videos will then be shown during Bieber's NBC special on June 21, while a very select few will be used in an inter­na­tional com­mer­cial for the 'scent'.

Kelly Rowland has recorded a song to help flog rum