Justin Bieber says his mission is to eclipse the success of Michael Jackson, and has set himself the target of being the new 'King of Pop' within the next 12 years.

Justin has already had three US Number One albums, to Michael Jackson's five, and believes with "respect and hard work" he could even­tu­ally reach that peak. "I consider Michael Jackson the best. If I could be at his level… But I’ve got a lot of work to do. I’m not saying it’s going to happen within the next three years. But hopefully by the time I’m 30…"

The 18-year-old says the goal is simple — "to be better than anybody that’s ever done it". 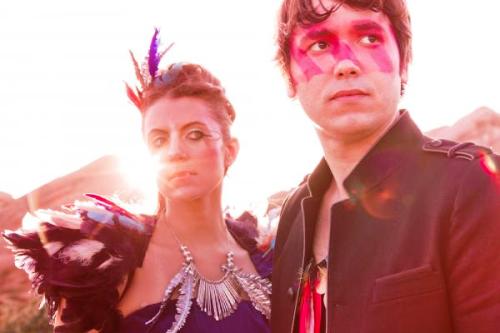 Blondfire have put their new single on the internet