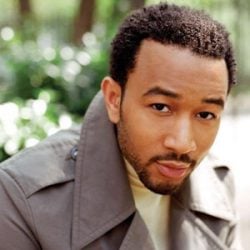 John Legend has said some not very nice things about the vocal talents of Britney Spears.

The last-minute-replace­ment-for-Lionel-Richie-on-Duets 'star' was asked by E! News to comment on the recent employ­ment of both Britney and Demi Lovato: "You know it's inter­est­ing. It should be very inter­est­ing. I don't have much to say."

But he continued anyway: "It's inter­est­ing when people, you know, are judging singing com­pet­i­tions when they aren't really singers."

'Taking to Twitter' later the 'I Love, You Love' clarified the whole thing by saying: "I've never heard demi's voice btw. Wasn't referring to her."

Usher's still talking about 'Climax' not being about sex