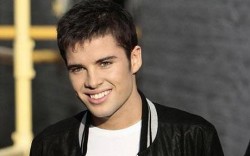 Just sixteen months after winning the 2009 series of The X Factor, Joe McElderry has been dropped by Syco.

Simon Cowell had initially hailed the young Geordie as 'the new Zac Efron'.

After being beaten to the Christmas Number One by Rage Against The Machine, the bad luck continued for Joe as his third single sold only 7000 copies.

Things were clearly on the slide when Joe ended up sup­port­ing fellow X Factor act Jedward at a gig in Ireland.

A source at Syco explained that "Joe's a lovely boy and it is a pity it did not work out, but no one can say Simon and his staff did not try to make it work".