Some more inform­a­tion has been released about this animated film in which Rihanna's starring. This inform­a­tion includes the fact that her character's mum has been voiced by Jennifer Lopez.

With the film released later this year by DreamWorks, Home's main character Tip will be voiced by Rihanna, while her mum will brought to life by the 'Por Qué te Marchas' chanteuse.

This is what the film is about according to its director, Tim Johnson (as quoted here).

When Earth is taken over by the overly-confident Boov, an alien race in search of a new place to call home, all humans are promptly relocated, while the Boov get busy effi­ciently reor­gan­iz­ing the planet. But when one resource­ful girl, Tip, (Rihanna) manages to avoid capture, she finds herself the acci­dental accom­plice of a banished Boov by the name of Oh (Jim Parsons). Equally stubborn and set in their ways, these two fugitives realize there’s a lot more at stake than inter­galactic relations as they embark on the road trip of a lifetime. Good thing they have a flying car.

Rumours continue to circulate that Rihanna has recorded an album to accompany the film but there's no more news on any of that as yet apart from something we heard last year but can't tell you about because someone would shout at us, apols. 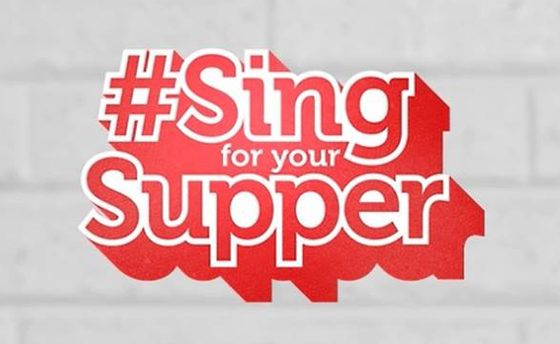 Here is your chance to win a huge amount of free food with JUST EAT.