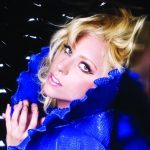 The lyrics for new Lady Gaga single 'Born This Way' have made it online after fans got #leak­it­gaga trending on Twitter at Gaga's request.

As the tag reached the top of the worldwide trending topics minutes later, after serious work by some slightly frenetic monsters, Gaga said: "It's #1 worldwide! That was fast! You're so radical! Here you Monsters, this one's for you."

The single, which will be premiered at the Grammy Awards on February 13 opens with the lyric "it doesn't matter if you love him, or capital H‑I-M/just put your paws up 'cause you were Born This Way, baby".

The song reaches whole new levels of epic by the time the middle eight arrives: "Don't be a drag — just be a queen/Whether you're broke or evergreen/You're black, white, beige/chola descent/You're Lebanese, you're Orient/Whether life's dis­ab­il­it­ies left you outcase, bullied or teased/Rejoice and love yourself today/'cause baby, you were born this way."

'Born This Way' will be released after Gaga's Grammy per­form­ance, while the album of the same name is out on May 23.

There's a surprise in the new Chromeo feat Elly Jackson Out Of La Roux video.