Fans of downbeat daytime radio rejoice: The Feeling are poised to rescue the airwaves from 'edgy music' with their next album.

Frontman and all-round dapper gent Dan Gillespie Sells says he was inspired to begin work on The Feeling's 'stripped-back' fourth record as a response to what he called "psychotic and restless" radio. He told The Daily Star: "I can't listen to Radio 1 any more. I guess young people want that edgy music, but I never did even when I was young. That’s why our records sound the way they do."

The Feeling released their greatest hits com­pil­a­tion 'Singles (2006–2011)' this week, which includes all four of their Top 10 hits. The 'Turn It Up' hitmaker claimed, "I can still write a good melody, and that’s how the new songs sound so far — just voice and piano, really stripped back."

We'll put the glow sticks away for now then.

Beyoncé's baby bump caused a bit of a Twitter meltdown 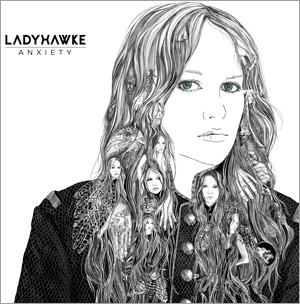 Ladyhawke has finally announced details of her second album