In good news for fans of bad news, The Sun are reporting that con­test­ants on this year's X Factor will be allowed to perform their own songs.

The article suggests that the move is to encourage 'musicians' who may have been put off by having to sing other people's songs to audition.

A well-placed source explained: "The idea might be to allow for more original music through­out the com­pet­i­tion. Whether this means they will be writing their own songs isn't confirmed, but it's looking like it's going that way."

Such a move wouldn't be unpre­ced­en­ted — goat­herd­ing troubadour-cum-ice skater Chico brought a nation to tears with his per­form­ance of 'It's Chico Time' in the show's second series — but it would be an 'inter­est­ing' move.

Further changes are said to include the removal of the rule that states acts with man­age­ment deals cannot enter, the end of weekly themes in the live shows and the intro­duc­tion of mentoring from "top music producers".

If ratings don't go up as a result, however, "the show will be axed". Apparently. 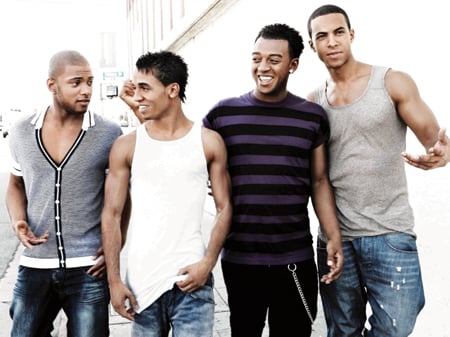 The mothers of some JLS fans are a bit 'hands on'

Katy Perry quite likes her friends