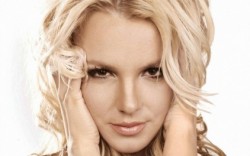 Ryan Seacrest has announced on Twitter that Britney Spears will receive a 'Lifetime Achievement' at the 2011 VMAs.

She will be the youngest artist in the VMAs' history to receive the award.

There does, however, seem to be some confusion about what the award is actually called. It was last given to Hype Williams in  2006 as the 'Video Vanguard Award', and the 'Michael Jackson Video Vanguard Award' when U2 received it in 2001. It's the thought that counts though isn't it?

Here is an inform­at­ive list of past Lifetime Achievement Michael Jackson Video Vanguards.

Apparently Britney will be honoured at the ceremony with tribute per­form­ances from Lady Gaga and Janet Jackson (this is probably just a ridicu­lous rumour to be honest). The ceremony will take place on August 28.

So there's a linedanceable version? That does impress us much