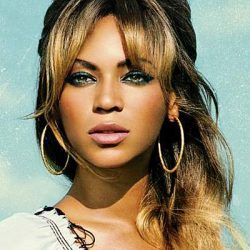 According to a source close to the project (and The Sun), "Jay and Dre have recorded their verses with the chorus left open for Beyoncé to sing", which is handy as singing is what she is literally very good at.

The couple last col­lab­or­ated in 2007 on the Jay‑Z song, 'Hollywood'. That one wasn't really very good.

Calm down everyone, Lily Allen has defended Cher Lloyd on Twitter