Adam Lambert is 'in talks' with Queen bigwigs Roger Taylor and Brian May about 'fronting' a new live show with the band.

Taylor believes Lambo would be the ideal stand-in for Freddie Mercury, telling Billboard: "He has grown into a really great performer with an aston­ish­ing voice with a range that's great."

The flam­boy­ant (MASSIVELY GAY) singer could step into the role for a number of live per­form­ances following their MTV EMA col­lab­or­a­tion in Belfast this November. The American Idol-winner sang 'The Show Must Go On', 'We Are The Champions' and 'We Will Rock You'.

Taylor added: "We would like to work with him again. There's nothing signed just yet but we're talking about live dates. It could be very exciting."

Could be shit though let's face it.

Adele's a very generous woman (and she likes fresh sandwiches) 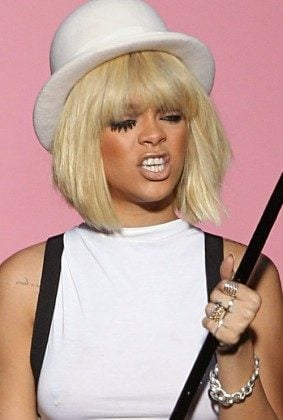 Rihanna and Coldplay will duet at The Brits