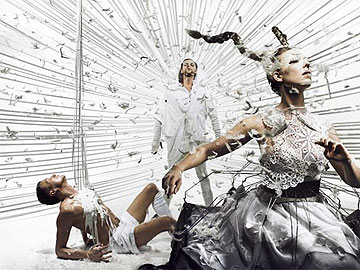 So we want to tell you about an album that arrived last week. It's called 'The Jade Motel' and it's by a Swedish band called Zeigeist, whose track 'Tar Heart'  sounded like 'Running Up That Hill' and has been knocking around for a couple of years, but their debut album just came out in Sweden this month. The album is seriously brilliant. Zeigeist seem to have situated them­selves as a less arty and obtuse version of The Knife and we have a feeling that 'The Jade Motel' will find itself in a fair few end of year lists.

Below is a 'widget' thing which you can use listen to the album tracks then click through to buy the album on 7Digital, but it's also on UK iTunes and CDON have it if you'd like the CD.

An amusing video for the over-28s