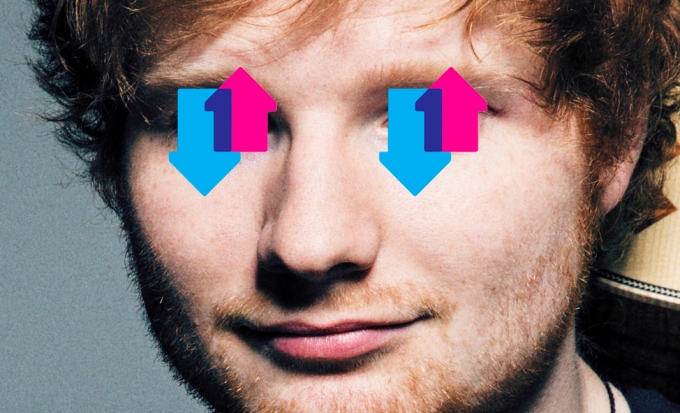 Today the UK's Official Charts Company have announced The Sheeran Clause which, along with the continued avoidance of figures from sources like YouTube, ensures the charts continue to very poorly reflect the songs people are actually consuming.

According to the new rules a maximum of three singles by a lead artist will be allowed in the singles chart (yes this makes sense) and tracks that have been on the chart for more than ten weeks and have seen declining sales for more than three weeks (hang on) will have their streams-to-sales ratio (WHAT?) reduced from 150 to 300 (EH?!).

This is great news because it means the charts will be able to simply ignore some of the country's most popular songs!

But not all the rules are as easy to follow as The Sheeran Clause. Here's the full list of revisions we'll see when the new chart rules come into effect.

1. THE SOMETHING JUST LIKE THIS RULE
Instant dis­qual­i­fic­a­tion for songs in which a young act seeking legit­im­acy works with an older act desperate to stay relevant, meaning that such col­lab­or­a­tions will move overnight from win/win to lose/lose.

2. THE DUA LIT TOASTER
Any song featuring Dua Lipa as the lead artist which has been described as 'lit' on social media will have its streaming numbers 'warmed up' — being awarded an extra 20% streams because Jesus Christ the UK needs to break a new pop artist.

3. THE LIPA SUCTION
Any song featuring Dua Lipa as featured artist will absorb an extra 5% streams, which will be extracted from the stream counts of the three songs below it. This is per­miss­ible up to a maximum of three Dua Lipa features per song, so in the instance of a song with 100,000 streams, combined with The Dua Lit Toaster, The Lipa Suction could result in a hefty boost for a song released by Dua Lipa (+20%) feat Dua Lipa (+5%), Dua Lipa (+5%) and Dua Lipa (+5%) — 138,915 streams in total. 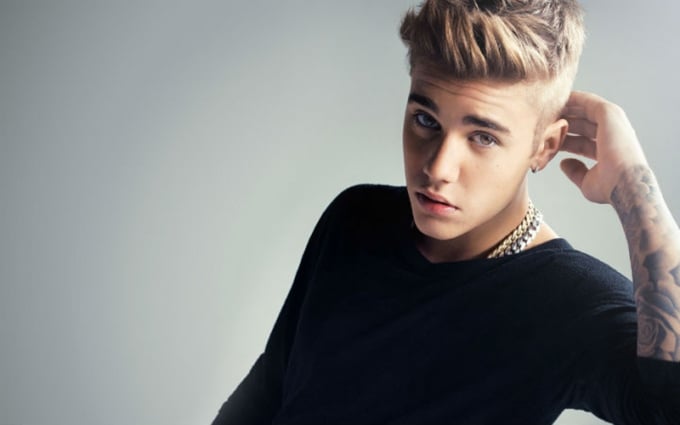 4. THE BIEBER DIVIDER
All songs with a hastily-whacked-on Justin Bieber vocal will have their stream count reduced by 12% in an attempt to prevent labels gaming the chart. This also counts for songs promoted on social media by Justin Bieber if they are released by artists managed by Scooter Braun.

5. THE FEAT SUBTRACTOR
Zero tolerance on strug­gling female solo artists attempt­ing to prop up their success by appearing on tracks by solo male aiming for little more than the ability to charge more for their DJ sets. (Dua Lipa exempt.)

6. THE "HEY ON, WHY?" LITERACY FAST EVAL
This rule will quickly evaluate whether songs con­tain­ing a "HEY!" do so only due to the lyrical ineptitude of the song­writer. If the "HEY!" has been included to fill space because nobody can think of a decent lyric, the song will not be permitted to enter the Top 10. 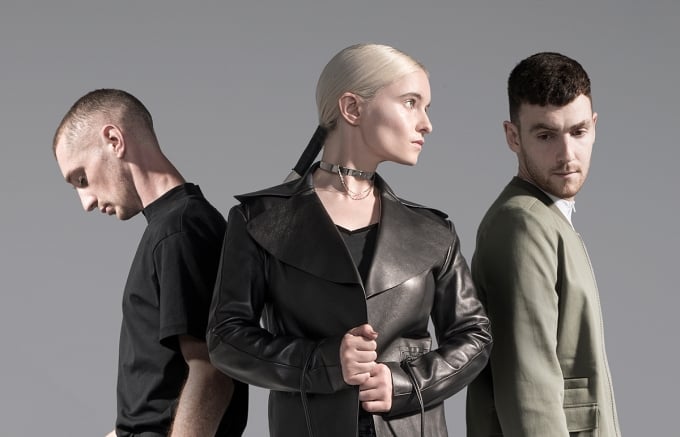 7. THE BANDIT MULTIPLIER
Instant Number One for any Clean Bandit song with a decent video.

8. THE PUTH AMENDMENT
Reduced streams-to-sales ratio for all songs by Charlie Puth until he bucks his ideas up.

9. THE EU REVISION
Brexit does not apply to the Official Charts. All songs from the EU will be guar­an­teed full freedom of movement in the UK charts and songs by Eurovision winners will have their streaming figure decided by a series of inter­na­tional panels (midweek chart) in addition to a phone vote (Friday chart).

10. ARTICLE SHIFTK3Y
Upon activ­a­tion this rule will state that all songs recorded, produced or co-written by Shiftk3y receive an extra 150,000 streams, which Shiftk3y can add to one weekly sales count of his choice. (Cannot be activated on week of release or after a song has been available for more than three months.)

11. THE 1D 1'LL FLY AWAY STIPULATION
A maximum of two songs by any former One Direction member in any Top 40 chart. This is operated as a strict one-in-one-out policy: whenever a song by a former 1D member qualifies for a chart, the oldest song by another former 1D member is imme­di­ately dis­qual­i­fied from the chart. 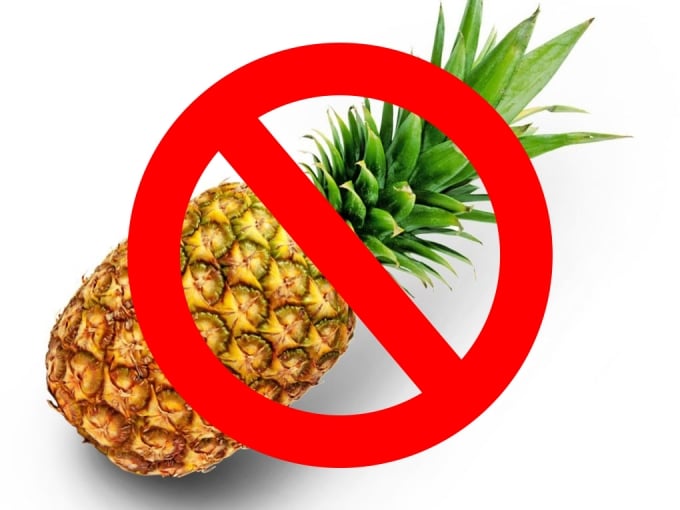 12. THE PINEAPPLE PRONOUNCEMENT
No tropical house unless it's really good, ie that song Matoma did with Becky Hill.

13. THE MENDES MANDATE
All Shawn Mendes songs have to be at least as good as 'There's Nothing Holdin' Me Back' or they risk being docked 20% of their streams. Song titles that end some words with ing and others with in' will also lose 5% of their streams.

14. THE BOURNE ULTIMATUM
James from Busted will receive 500,000 bonus streams for writing a sequel to 'What I Go To School For?' in which Miss Mackenzie is arrested for inap­pro­pri­ate conduct with a pupil.

15. THE REGULATE REGULATION
Warren G and Nate Dogg to be guar­an­teed a spot in the UK Top 40 every summer between the months of June and August.

16. THE NICKI MINJUNCTION
To be honest the thesaurus is running out of synonyms for 'rule' so let's bring things to close. The new rules come into effect next week. Good luck everyone! 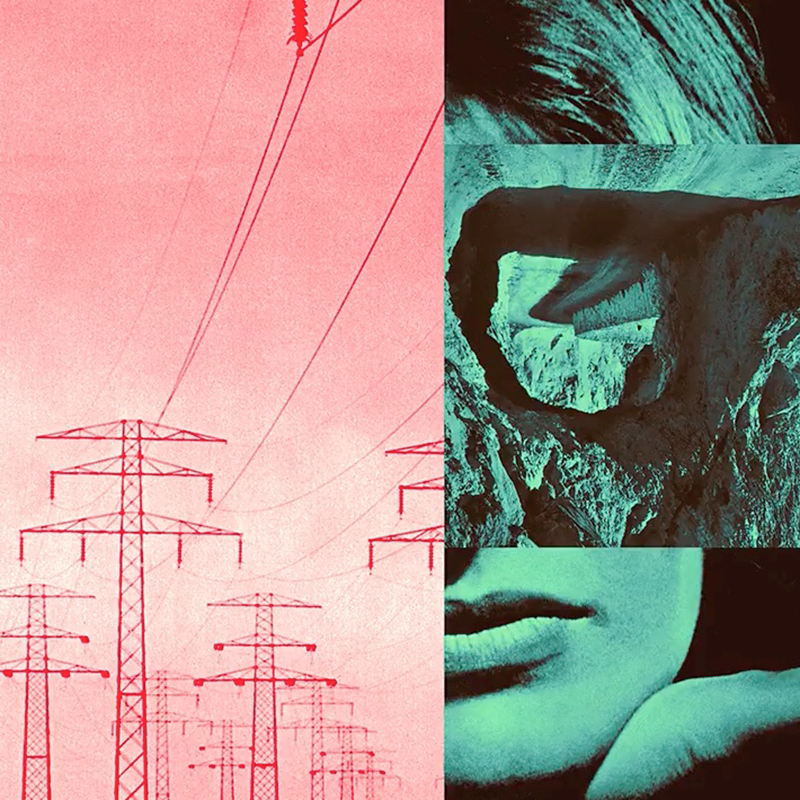 clean bandit AND MARINA AND THE DIAMONDS — 'Disconnect' 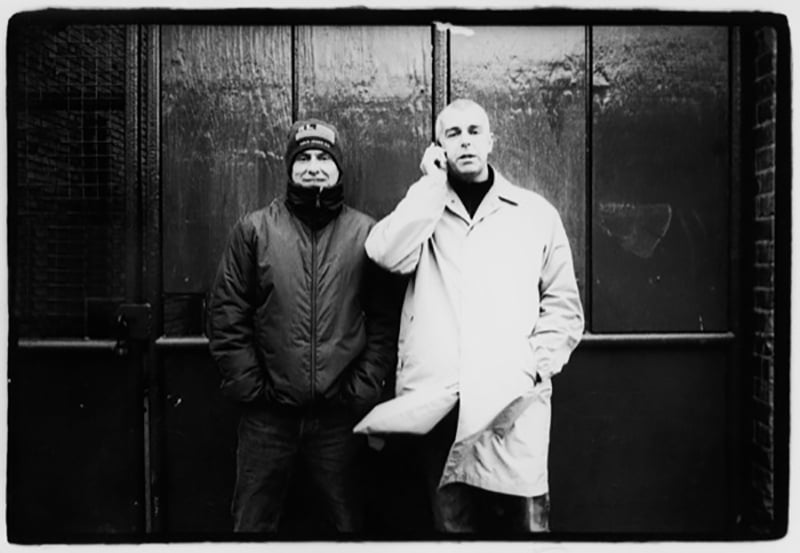