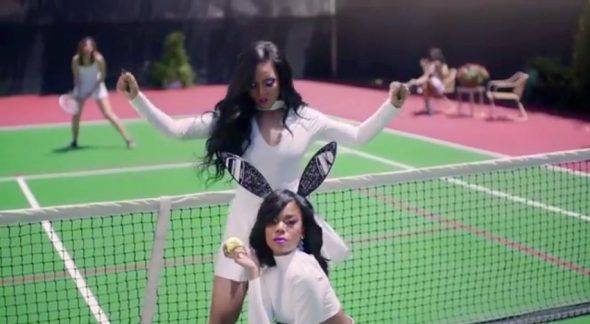 A video arrived in our inbox overnight.

It's for a song titled 'Wimbledon', by a duo calling them­selves Rich White Ladies.

You may recall (we don't, it com­pletely passed us by) that Rich White Ladies — Tokyo Diiva and Scotty Rebel, both very good popstar names — had a tune called 'One Percent' a couple of years ago. The NYC-based duo are on the verge of signing to Motown/Capitol in the US, and Virgin will be handling things in the UK. And appar­ently The-Dream and Tricky Stewart are involved in some way.

Which is all very exciting, and at the same time none of it explains anything about the video you are about to watch. It's an audi­ovisual exper­i­ence that in many ways resembles something an alien civil­isa­tion might make in an attempt to ingra­ti­ate itself with the citizens of Earth, having under­stood that perky rap-stuffed pop music and tennis are both extremely popular but having not quite grasped the fact that those two elements are rarely popular at the same time.

All in all, a video/song combo that seems to pose more questions than it bothers even trying to answer. Questions like:

3. What does 'Wimbledon' mean in this context?

4. Does it just mean Wimbledon?

5. Is "you are so bull-bullshit, we are so Wimbledon" the best or worst lyric of the year?

6. How about "serving face while I'm serving the ace"?

9. And is this the first song ever to rhyme "Martina Navratilova" with "champagne supernova"?

10. What was the holdup that meant this only went online three days before Wimbledon actually ends?

12. Why are they playing on a hard court not grass?

13. Did the 'W' hand sign thing exist before today, and will spec­tat­ors on 'Centre Court' all be doing it next year every time someone scores a goal or whatever it is that happens in tennis?

14. Are Rich White Ladies poten­tially the actual best new pop thing of the year, or are they just in the Top 5?

We don't expect any of us will ever really know the answers to most of these questions and that, ladies and gentlemen, is just part of the magic of this thing we call pop. 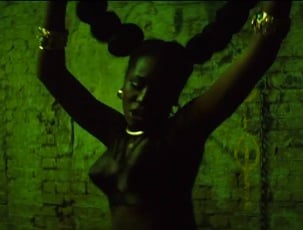