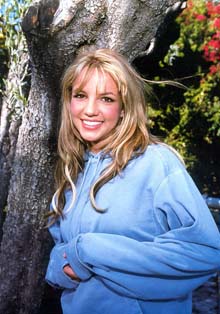 Here is a rundown of who is currently in The Popjustice Almighty and the jus­ti­fic­a­tions for thier inclusion. We hope you agree with our selection.

1. Britney Spears
Oh Britney. Are we sad for you and your rubbish per­form­ance at the VMAs? No. No we are not. It probably wasn't a planned shambles but in being one of the worst music per­form­ances ever seen on tele­vi­sion, it is already musical history. A bit like the time she wore a snake and the time she kissed Madonna and that thing with the umberella. Making pop history is what you do if you're a popstar. Singing and dancing helps too of course but you get the general idea. Do you know what? Nobody gave two shits that Christina Aguilera wore some stockings, pretended it was The War and learned to play the bugle for her last album. We rest our case. And of course on top of all that, 'Gimme More' is still a brilliant single.

2. Roisin Murphy
For the new video.

4. Girls Aloud
Constantly amazing to the point that it might be nice if they were rubbish for a bit if only to get good again. Actually that was probably the point of 'Sexy! No No No'. Have we told you about their next single yet? We'll have to do that at some point, it is literally 'quite listen­able'.

5. Sugababes
The world is cer­ti­ainly no worse a place with the Sugababes around. 'My Love Is Pink' or whatever it's called on the new album is really really good. We'd tell you more about it but we left the CD in the car stereo this morning and we're not traipsing all the way down to the car park just so we can bring a bit of plastic back with us, listen to a song a few times and then just write the word 'AMAZING' over and over again. Maybe tomorrow.

Who should be on the Almighty next week? It would help if you could let us know. conta[email protected] please…

'With Every Heartbeat' gets quite gay

Look everybody, it's the new Freemasons video