They quote a source close to the deal who (pre­sum­ably while pissed) said at SXSW something along the lines of "[iTunes] and Beyoncé are very happy with the results of that exclusive. So you’re going to see something similar coming up, [unnamed artist] really likes the idea. I’m not sure it will top Beyoncé, but it will be ‘Beyoncé-esque’ let’s just say."

BUT WHO COULD IT BE?

Well, in order for a proper Beyoncégeddon scenario to unfold, the artist will need to be one whose work on a new album is reas­on­ably well known. Fortunately we have a fairly com­pre­hens­ive list of can­did­ates thanks to the Greatest Albums Of 2014 list we put together at the end of last year, which was basically 106 artists likely to release an 'LP' during 2014.  Some of it was a little wide of the mark (we actually listed Beyoncé as "Q1 appar­ently … We’re sort of beyond caring at this point but that all depends on the first single", which seems rather quaint) but there are, perhaps, a few pointers in that list.

After much (ten minutes') delib­er­a­tion, here's a shortlist of twelve artists capable of Doing A Beyoncé. They might actually have done it while we were writing this, we haven't checked Twitter for about three minutes.

1. Lana Del Rey
Lana recently 'acci­dent­ally' announced the 'Ultraviolence' album release date: May 1. It's basically finished. Its sudden appear­ance on iTunes would probably send the internet mental for 24 hours, but is she enough of a household name for this approach to make sense over a more con­ven­tional release plot?

2. Michael Jackson
A new Michael Jackson album would abso­lutely tick the 'fuck me' box, and there's def­in­itely a leftovers effort on its way, although recent reports suggest the 'big launch idea' might involve the LP coming bundled on a rubbish smart­phone. Perhaps Sony have changed their minds?

3. Adele
She's already recorded a load of tunes. The album will come this year sometime. She is one of the best-selling artists of the last decade. She can also be fairly sure that she will out­per­form the Beyoncé album, which is one factor that might be holding other artists back from bey­on­céing their own releases.

4. Lady Gaga
The existence of 'ARTPOP Act II' is confirmed — was last weekend's 'leak' of 'Brooklyn Nights' an early hint that something was afoot? And what about those videos she sup­posedly shot the other week?

5. Mariah Carey
A con­ven­tional album release would probably be under­whelm­ing so a "TADA!!!" release might create interest where otherwise there could have been very little. Also, People On Twitter seem to have decided it's Mariah but let's not allow that to spoil our nice list.

6. Usher
The Pop Picasso's new album was planned for May. He's big enough for Americans to be excited, but is it long enough since the release of Usher's last album to create that much-needed fuck-me moment? (Coincidentally the new Usher album is 80% guar­an­teed to include at least one song called 'Fuck Me Moment'.)

7. U2
The band recently announced that their new album — ori­gin­ally due this year — would actually come out in 2015. Was this a load of old bollocks to make their Beyoncé moment seem more exciting?

8. Calvin Harris
Probably not quite big enough for iTunes to be excited, but this type of release would work for him.

9. Janet Jackson
If Michael can't be bothered then maybe Janet, who was in the studio last year, could chuck out an album.

10. Rihanna
The eighth Rihanna album is now four months overdue so it's probably time for the iTunes midwives to induce it or at least wave a hot curry in Rihanna's face. Once this album's out of the way she'll be free to release her ninth album in November to coincide with that film thing she's doing.

11. SWIFT
Too soon? It's never too soon for some Swifto.

12. Some boring old fucker
There is a very real danger that the sort of act that gets iTunes excited is a BOF of little or no interest to Popjustice or its readers. It will be sad if this is the case.

EDIT: 13. Nicki Minaj
We had her on the list to start with then took her off because it feels like she's already got things in motion with the recent song and video, but she seems a popular choice on Twitter so here she is, back on the list.

Is this the bit where you're supposed to say "let us know your own thoughts in the comments"?

Bits About Pop: From Lily Allen trying to right a Twitter wrong to Lady Gaga revealing the place she’ll sing her songs 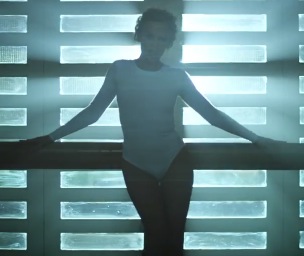