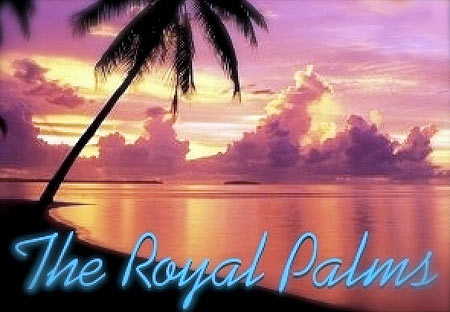 As it turned out, the two songs they sent over — 'High Class Lady' and 'Hot Air' — were both HIGHLY LISTENABLE AND AMAZING.

We got back in contact with the band informing them that they were being a pain in the arse. They said, "we want to tell you who we are, but can't right now. It would be a real honor if you were the first to blog us". Note that the 'honor' is either a delib­er­ate red herring or the band is at least slightly American. We informed The Royal So-Called Palms that they were being annoying and said that if they wouldn't say who they were, could they at least say who they weren't. They apo­lo­gised for being annoying (if only more popstars would apologise for being annoying — JUST IMAGINE IT), and sent us this list of acts they're not.

So, what do you reckon? Palladium seems too obvious, for a start. Send us your ideas at [email protected] and perhaps you will one day be featured in a press release in which it is claimed that The Royal Palms have "had the web guessing" etc etc etc.

A couple of helmets