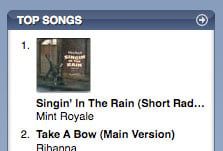 In case you missed it over the weekend, a dancing child moved VERY NEARLY in time to 'Singin' In The Rain (Short Rad…' on the tele­vi­sion on Saturday night, and now people are buying it 'in their droves'.

Perhaps that would be a good term for songs which appear in the charts simply because a short appear­ance on a light enter­tain­ment show has sent Saturday night primetime audiences flocking to iTunes. "Mint Royale are droving up the charts this week." "Number One on drove downloads alone." Maybe not.

Anyway there is bad news for the dancing child according to today's The Sun. 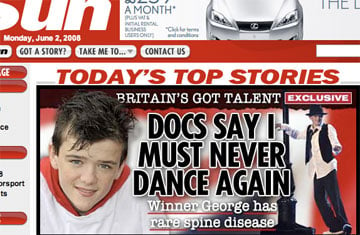 Where were these so-called 'docs' when we really needed them? 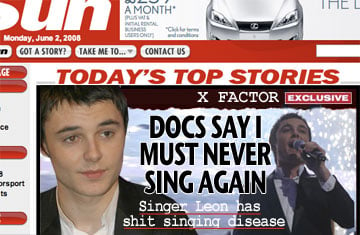 …as their next single and get George The Dancing Child to appear in the video dancing his last ever dance. It would be literally drovetastic.

All we hear is Lady GaGa