The new Pet Shop Boys single 'Winner' is properly released today, and by 'properly released' we mean it's been pur­chas­able for a few weeks but now you can get the remixes and b‑sides and everything. We suppose today is what they call the 'focus date'.

First, the bad news. It kind of works in the context of all the sport in the air at the moment, but as the lead single from a Pet Shop Boys album it's probably the worst since 'Before'.

We say this for two reasons:

1. You need to know that we have the right idea about 'Winner' so you know you can trust us when we say the album's really good. And the positive noises we make about 'Elysium' should be taken very seriously indeed, because it's an enjoyable — if not exactly hit-packed — album.

2. It's the worst Pet Shop Boys lead single since 'Before'. (We ended up really liking 'Before' but it wasn't really any way to be following 'Very', was it?)

Anyway the good news is that each of the 'Winner' b‑sides — like the b‑sides on 'Before', actually — eclipses the lead song.

A COVER
You know how songs always sound sad with Neil Tennant singing them? Well imagine what he does to one of the world's saddest-sounding songs, ie 'I Started A Joke' by The Bee Gees. Beyond the hardcore blub factor, it sounds quite 'Release'-era, and is lovely and brilliant.

AN UPBEAT SONG WITH GOOD LYRICS
Well a song titled 'A Certain Je Ne Sais Quoi' was unlikely to dis­ap­point. Best bits of lyric: "I like the cut of your jib", "in Berlin you're dancing to techno", "un, deux, trois, quatre". Contains traces of guitar. UPDATE: 'A Certain Je Ne Sais Quoi' isn't anything to do with Xenomania after all — Neil has been in touch to explain that it was actually written during a 2007 session when he and Chris were working on some songs for Kylie, but  they decided not to offer it to her after all. SO NOW YOU (we) KNOW.

A DOWNBEAT MOODY SONG
It's downbeat! It's moody! It's 'The Way Through The Woods'.

You can listen to previews on iTunes or at Amazon

. (Don't bother with any of the remixes.) 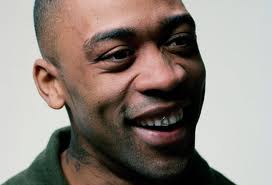