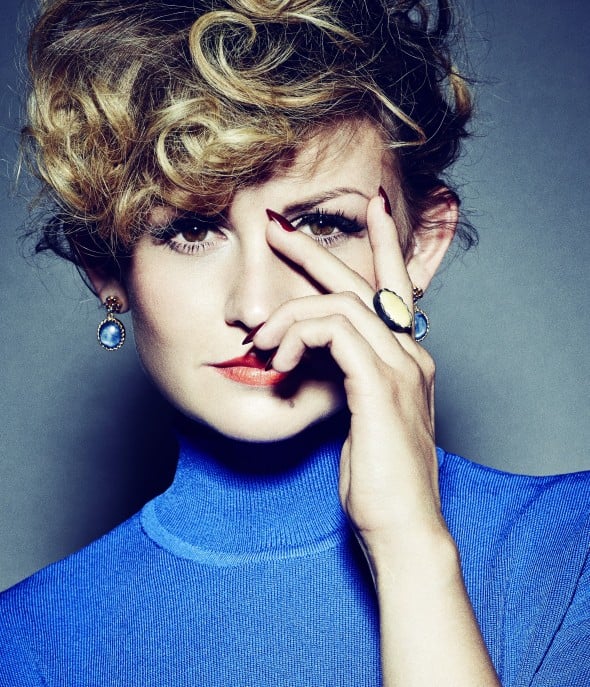 How do you look back on the mid-to-late-2000s? With a sense of warmth? An over­whelm­ing feeling of regret? How about despair? Confusion?

We look back on this period with a mixture of all those emotions.

Well let the despair and confusion be gone this frosty morning. Permit the regret to dissipate. Allow warmth back into your lives ladies and gentlemen because Stine Bramsen from the band (ie pretty much the only one who wasn't called Anders) has some solo stuff coming out and it is extremely good.

The first song to poke its head above the pop parapets is called 'Prototypical' and it's really great.

Here, exclus­ively (except not quite because her record label put the YouTube link up early but not to worry) is Stine doing the song in a live environment.

Stine's been working on her solo stuff over the last year or so — Alphabeat have not, it has been pointed out to us, split up — in col­lab­or­a­tion with Danish producer and song­writer Nicolaj Rasted. We've heard some bits of other songs too and they, also, are very nice indeed.

'Prototypical' is out on January 20, which is literally quite soon; in the meantime Stine has a Facebook page, which you may like to visit. It's at www.facebook.com/stinebramsen.