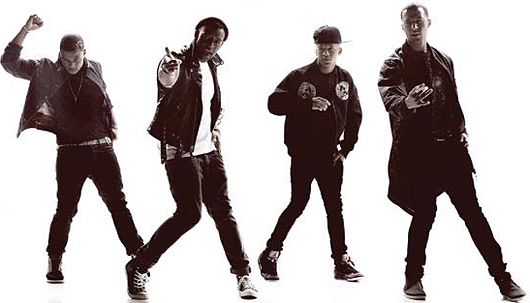 The world of pop is quite rightly flying its already ludicrously low v‑neck at half mast today, with the new that JLS will be clearing off after one last tour.

It is easy to take the piss out of boybands when they split up — appar­ently BBC 6 Music took some time out from their busy schedule of playing Supergrass b‑sides to do just that in one of their news updates this morning — and you can be sniffy all you like about whether it's a good thing that boybands are back in the charts in 2013, but JLS kick­star­ted the boyband revival, they lay the ground­work them­selves, they released a number of excellent singles along the way, and they did the whole thing without being dicks. 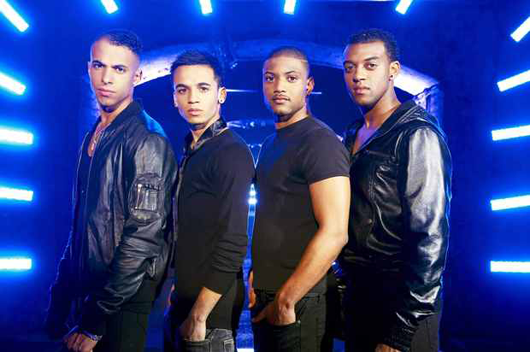 …and they under­stood the pop climate well enough to have already estab­lished the logo, the colour-coding, the hoodies, these things that most unsigned pop acts don't even consider. Like any sort of band operating in any sort of genre, JLS just needed decent A&R and a way to get people's attention.

It's usually assumed that The X Factor uses and abuses young artists, but perhaps in the case of JLS the band — who knew that they might never have taken off without an X Factor-shape rocket up their arse — exploited The X Factor as much as it hoped to exploit them.

It worked. JLS were the first suc­cess­ful British boyband launch in a decade. Triple 8, D‑Side, 365, Avenue, V — all these acts, with powerful man­age­ment, multi-million pounds major label support, some decent songs, talented singers and all the rest, had all failed, but JLS got it right. And you could say that any boyband with the X Factor machine behind it might also have worked, but the X Factor con­test­ant landfill site is full of acts like 4Tunes and Eton Road, these terrible boybands that the public just didn't like very much.

But the public instantly liked JLS. There was no big secret behind this: JB, Oritsé, Aston and Marvin simply came across as four incred­ibly likeable people. (This is as true in 2013 as it was back then — JLS remain one of the only suc­cess­ful pop bands about whom you never hear stories of backstage wanker behaviour.) Even while they were still on The X Factor, JLS seemed like a classic Capital FM sort of act, perhaps never destined to be a Radio 1 priority but tailor-made for Party In The Park appear­ances. Most of all the sort of note they instantly struck with fans — a very natural sort of appeal but didn't seem overhyped — reminded us a bit of the appeal Blue enjoyed at the height of their success, when we spent a few weeks following them around for a book.

When they signed to Sony they were taken under the wing of Nick Raphael and Jo Charrington, who had pre­vi­ously been involved with the early stages of Blue and, before that, Another Level. Instantly they got it right with the debut single. Many years before One Direction's 'Heart Attack' or Demi Lovato's, well, 'Heart Attack', JLS mastered the art of the cardiac cata­strophe set to music with 'Beat Again'.

'She Makes Me Wanna' was also very good.

The elephant in the room here is, of course, the fact that for every 'Beat Again' and 'She Makes Me Wanna' there is a 'The Club Is Alive' and a 'Do You Feel What I Feel'. The latter, in par­tic­u­lar, is quite simply total shit.

…and while it might be hard to remember now that One Direction have redefined boyband hugeness on a global scale, JLS were properly, actually massive. Remember our trip to HMV in 2010? The entire place was festooned with JLS merchandise. 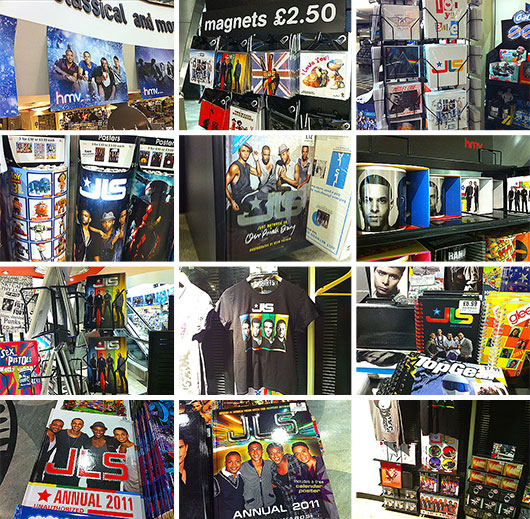 These days, of course, the equi­val­ent HMV displays are full of One Direction merch, and maybe in a couple of years it'll be another band. Certainly, if One Direction made JLS look a little old, Union J make them look like they should be arriving on stage at their farewell tour strad­dling cus­tom­ised mobility scooters. JLS aren't that old, really — Aston's 25, Marvin is the oldest at 28 — but the world of the boyband is an unfor­giv­ing place, and JLS have perhaps been wise to retire before pissing their pants in the super­mar­ket aisle of pop.

Five years is a good run. Pop's all about timing and, just as JLS arrived at just the right time, they're probably going at the right time too. We liked Marvin's comment in the band's split statement about how "we never wanted to be that band where people said, ‘Oh, bloody hell. It’s JLS again'".

As for the future, Marvin's Friday night show on — of course! — Capital FM is really good, Aston's obviously being posi­tioned for a solo career, we suppose Oritsé has Vida, and JB's recent appear­ance on Countryfile has already gone down in popular culture history. 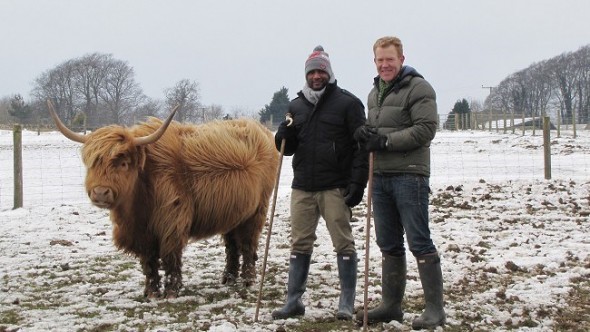 And whatever happens we'll always have this. 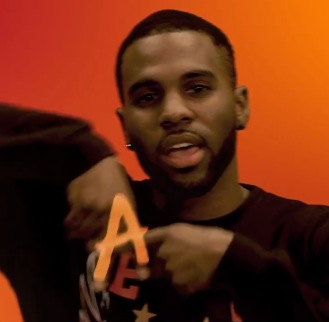 Jason Derulo — 'The Other Side' (lyric video) 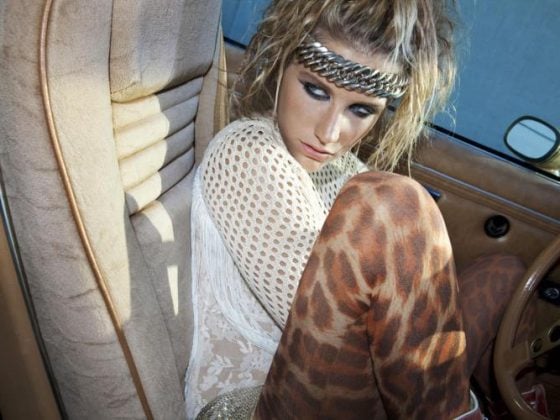