Well, we've now had about a week to live with Hot Chip's new album 'Made In The Dark'.

In these modern times of 'exclusive' this and 'first listen' that  — undoubtedly accel­er­ated by the rise and immediacy of online 'blogging', and an obsession with 'being there first' regard­less of quality or depth of analysis — there have been many exciting new devel­op­ments for the reader, but one of the sac­ri­fices has been a dis­tan­cing from the art of record reviewing. Kneejerk reactions, half-formed thoughts, missed reference points and a failure to really get to grips with the story behind an album — these are all, sadly, part of the modern record reviewer's working day.

Rather than rushing to throw a series of ill-formed opinions into the cyber-ether, we've allowed ourselves to really live with this album — to get to know its nuances, its hidden treasures and its unsign­posted depths. It's a rare luxury in which today's record reviewers, pre­oc­cu­pied with word­counts, deadlines and the increased demands of modern journ­al­ism, rarely indulge.

So now we can present a fair and in-depth review of an album. 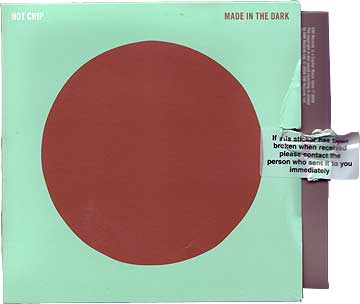 Could Mutya turn everything around with the release of 'B‑Boy Baby'?