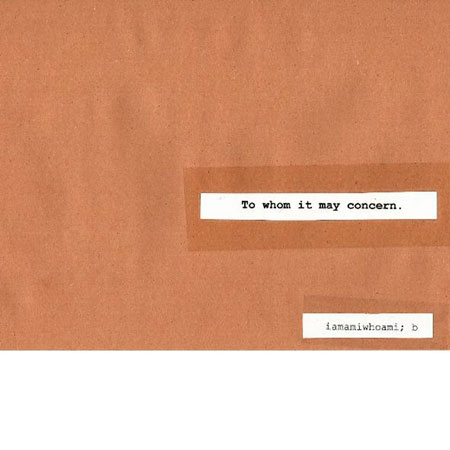 'B', the song in that iamami­whoami 'reveal'* video from last week, appeared on iTunes last night. Or, according to someone on the Popjustice forum, it's been there over a week and nobody noticed. (This said, it wasn't there on the day we searched iTunes for iamami­whoami while looking for the 'official' iPhone app, which incid­ent­ally turned out to be ABSOLUTE SHIT.) Click here for the iTunes page. We still like the tune — if it ends up being one of the quieter moments on an album otherwise full of songs in the vein of music from the early iamami­whoami videos we are still VERY MUCH ON BOARD.

* In as much as it revealed the artist to def­in­itely not be Christina Aguilera.