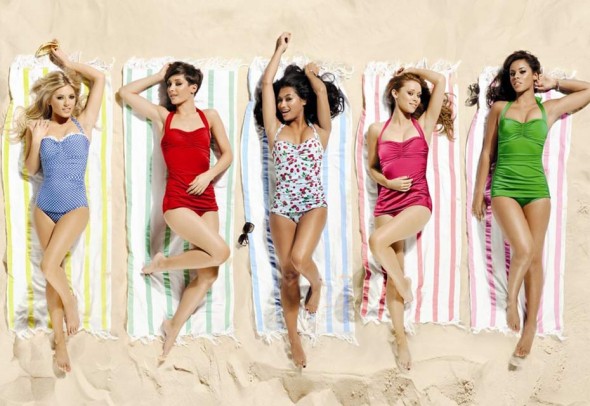 It's two months until The Saturdays' 'Disco Love' is released, which is a bit of a pain in the arse vis-à-vis the whole 'buying it' thing but this delay at least means the band will have time to implement these important fixes before the proper version goes on sale.

2
Problematic Thing: Donna Summer is mentioned, but no song is referenced.
Easy Fix: Change chorus lyric from "oh, is it love that's in the air" to "oh, I feel love, it's in the air".

3
Problematic thing: No mention of glitterballs.
Easy Fix: In the second verse "got me wanting the physical, the physi-physical" should change to "got me under the glit­ter­ball, it's physi-physical".

4
Problematic thing: They mention the year 1999, which was also mentioned in their last single. This should be acknow­ledged, or it seems like they don't know what they're doing.
Easy Fix: Just chuck in a wailing "niney-niney-NIINE" 'BV' after 1999 is mentioned.

5
Problematic Thing: Intertextual cross-ref­er­en­cing pop singles should really pull out all the stops, and 'Disco Love' misses an easy oppor­tun­ity to reference Kylie's 'Step Back In Time' which, itself, is a cel­eb­ra­tion of The Old Days / The O'Jays etc.
Easy Fix: Change the lineing "you take me back in time" to "it's a Step Back In Time" would work. Alternatively they could chuck in another verse that ends like "you take me back in time to 1999" but use a line like "that 1990 rhyme, we're stepping back in time". However it's done, the result will be an Inception-style memory within a memory moment of pop genius.

Oh and it needs some disco zapping noises.

Katy Perry's next single is "a big one" and "really colourful and really bright", according to Bonnie McKee