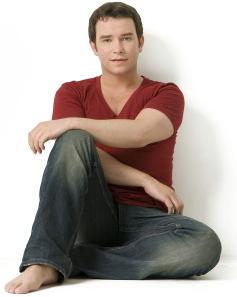 We're very sad to hear of Stephen Gately's death at the age of 33.

As a 1990s boyband member it wasn't Stephen's job to redefine pop music or to inspire millions of musicians to make deep and mean­ing­ful music in sub­sequent decades, so the usual pop obituary plat­it­udes we're all used to reading (and writing) have to go out of the window. Instead, it's useful to tihnk that for the gen­er­a­tion whose teenage years he helped soundtrack, his death will likely inspire the reawaken­ing of a far more direct emotional con­nec­tion. Even a decade later, the memory of a poster hastily Blu-Tacked to a bedroom wall or a photo Sellotaped to the inside front page of a Tricolore textbook will always be more per­son­ally sig­ni­fic­ant than someone on the news banging on about how they were inspired to rip off a bassline. Whether they've moved on or whether they stumped up for tickets to the Boyzone reunion tour, Stephen's fans will find that today's news might result in a very strong, and maybe even quite unex­pec­ted, emotional reaction.