In the streaming age the concept of release dates has gone very slightly out of the window but pop is built on these things and they'll live on for the time being on Popjustice.

As ever, this release schedule has been nicked off the UKMix forum; if we've missed anything big just chuck it in the comments.

People have spent most of the year making a variety of wild and embar­rass­ing claims vis-a-vis 2015's Song Of The Summer but as far as we're concerned that accolade falls to Petite Meller. No other song this summer — or this year — bursts with quite as much euphoria. This is a track that com­pletely explodes out of the radio (it's currently getting a lot of play on Radio 1) and it sounds like nothing else in the pop landscape. We first wrote about it back in January and it's already streaming on some services, but it's finally out to buy (if you still buy music) next week.

Also out on July 5:
Conor Maynard – Royalty
David Zowie — House Every Weekend
Fifth Harmony feat Kid Ink – Worth It
Mark Ronson feat Keyone Starr – I Can't Lose
Nathan Sykes – Kiss Me Quick
Prides – Messiah
Shift K3y – Do That Dance
Years & Years — Shine (in a Meller-free world this would have been our top pick for next week)

Celebrating the more light-hearted side of what happens when you spike someone's drink (?!) is the third best Little Mix song of all time and the best girlband single of 2015 so far. For some reason an acoustic version of this song exists but don't panic, there's a brilliant Cahill remix to restore pop equilibrium.

Also out on July 10:
Anne-Marie – Karate
Avicii — Waiting For Love
Diztortion feat Sasha Keable & Stylo G — Put Your Love On Me
DJ Snake & AlunaGeorge — You Know You Like It
Example – Whisky Story
Fuse ODG – Only
Nick Jonas – Chains (it's no Jealous is it)
Tinashe feat Iggy Azalea — All Hands On Deck (Remix)

If you can remember a time before Sam Smith flattened the male solo pop landscape with his super­charged pensive boredozer you might also remember that John Newman once existed. He had that really good song and some other ones. As of July 17 his really good song tally rises to an impress­ive TWO, which is the beginning of a pretty good greatest hits, albeit one that at this rate might not be released for another thirty years.

Also out on July 17:
Andy Bell – Weston-Super-Mare
Calvin Harris & Disciples — How Deep Is Your Love
Dappy – 100 (Built For This)
Jeremih feat Flo Rida — Tonight Belongs To U!
JessMattic – Burnin Hot
Kieran Alleyne — Be Around (which is a far from worthy follow-up to 'Comfortable')
Kokiri — Turn Back Time
Maverick Sabre – Walk Into The Sun
Otto Knows — Next To Me
Samantha Jade feat Pitbull — Shake That
Snoop Dogg feat Stevie Wonder – California Roll
SoulCircuit feat Maverick Sabre – Rolling With Me (I Got Love)

It's hard to tell if this is supposed to be The Big Comeback Single — people don't seem to be making much of a fuss about it — but 'Body Talk' is a right old banger. Imagine Little Mix chucking this out!

Also out on July 24:
Aston Merrygold – Get Stupid (this is far better than it has any right to be)
Conrad Sewell — Hold Me Up
Jax Jones – Yeah Yeah Yeah
Pitbull feat Chris Brown – Fun
Shura – White Light
Sigma feat Ella Henderson – Glitterball
Taio Cruz — Do What You Like
Tourist feat Josef Salvat & Niia — Holding On
Will Young – Thank You (you're welcome)

Platto seems fucking boring to be honest but this is a great song. The video positions Rachel firmly in the Carly Rae Jepsen-approved Pretend Teenager mould.

Also out on July 31:
Arches feat Karen Harding — New Love
Brick City — L.C.D
JessMattic – Bangerz (this is com­pletely ridicu­lous)
Joe Stone feat Montell Jordan — The Party (This Is How We Do It)
Only The Young — I Do
Rachel Platten — Fight Song

When we put the new Popjustice site design live on Monday night, we were expecting a variety of tweets with a 70/30 split between those moaning that they preferred things in the olden days, and people who thought it was alright. As it happened, one of the first tweets we received was this.

For this reason (and also because the song's quite good) we are happy to endorse the new Ella Eyre single which, despite sounding almost identical to 80% of all songs released in the last fourteen months, could and should be a decent-sized hit for her (even if Jess Glynne has already won the battle of the UK Featscene lady­fea­ture solo careers).

And a bonus song that doesn't yet have a UK release date but might suddenly appear on sale here considering it's out in America already and it's got the word 'summer' in its title so they should really think about getting on with it: Demi Lovato — 'Cool For The Summer'

EDIT: It turns out this is out in the UK during the autumn. Well done everyone. 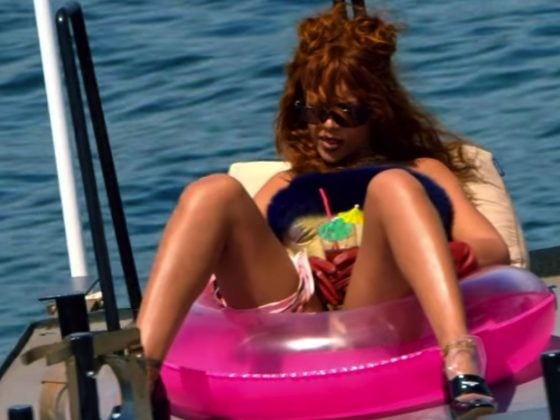